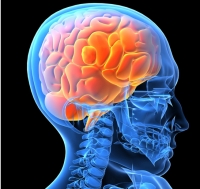 January 28, 2010 (La Mesa) – The California Department of Public Health (CDPH) has fined three local hospitals (Grossmont Hospital, UC San Diego Medical Center, and Sharp Memorial Hospital in Kearny Mesa) $50,000 each for mistakes that could cause serious injury or death to patients. In East County, Grossmont Hospital was penalized for performing brain surgery on the wrong side of a 93-year-old patient’s brain. 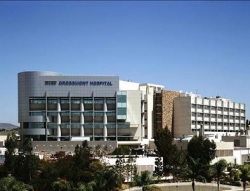 The error occurred “despite reading aloud the surgical consent three different times before the surgery”, the report added. Family members have stated that the surgeon failed to make any markings on the patient’s head during a pre-operative visit. Besides operating on the wrong side of the patient’s brain, the hospital made other errors in documentation, including listing the wrong nurse’s name and an incorrect cleaning solution, incorrectly stating that the patient was walking when he entered the hospital (he arrived via ambulance), and failing to properly document the outcome of the botched procedure.

Barry Jantz, CEO of the Grossmont Healthcare District, said the hospital “correctly reported this to the District Baord a year ago when the incident was self-reported to the State. As in any such case, the District was of course concerned, and we are very aware that a detailed follow-up process is used by the Hospital to determine causes and an y improvements that may follow.”

Bruce Hartman, manager of marketing and communication, said Sharp Grossmont Hospital is "committed to providing our patients with outstanding care, and we indeed regret that his error occurred." He confirmed that when the incident occurred in January 2009, the Hospital promptly reported it to CDPH and reviewed what went wrong to prevent a recurrence.

"Our process improvements, approved by CDPH, were immediately put into place," Hartman said. "The improvements included a number of key modifications, including a thorough review and revision of the pre-op checklist and protocols used to ensure surgery is always performed on the right side on a patient. In addition, education and training have been provided to enhance communication among all staff and physicians. Sharp Grossmont takes this very seriously."
.

This was not the first time the hospital has been fined for jeopardizing patient safety.

In 2008, Grossmont Hospital received the maximum allowable fine ($25,000) for the death of Larry Napolis, 45, a heart attack patient who died March 21 after his ventilator was left off.

The hospital also faced regulatory scrutiny into two other allegedly preventable deaths.  Jeffrey Christopher, 25, a psychiatric patient whose restraints were reportedly not monitored, suffocated face-down on his mattress April 11, 2008. Mary Ruth Keimig, 83, had a hysterectomy and died April 24, 2008 after being injected with a drug into her bloodstream instead of her muscle, as ECM has previously reported in a two-part series:    http://www.eastcountymagazine.org/tough_medicine_part_1 and http://www.eastcountymagazine.org/tough_medicine_part_2.

Locally, fines were also levied on Sharp Memorial Hospital in Kearny Mesa for leaving a sponge in a heart surgery patient and UC San Diego Medical Center in Hillcrest for leaving a guidewire in a patient during a cather procedure. This was UCSD medical Center’s third administrative penalty.

A total of 13 hospitals in California were fined this month by the CDPH for medical mistakes that occurred in 2008 and 2009. Facilities will be required to show a plan to correct and prevent similar incidents in the future; hospitals may appeal the penalties.

Medical errors can cost lives and this is what is meant by medical errors. Health care providers cannot play risk games with their patients. Thousands of people die every year just because of medical errors and the management is held responsible for such incidents. It was shocking to read about the brain operation being done on the wrong side. These are grave mistakes, there should be no room for mistake since it deals with human lives.
Austin Texas Relocation Guide