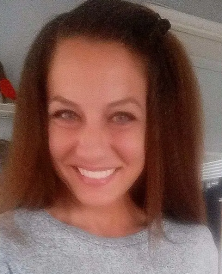 February 23, 2021 (La Mesa) - On February 7, the woman found floating in the water at Lake Murray was identified as Elena Lisowski, a 44-year-old resident of San Diego. The cause and circumstances of her death remain unresolved.

“Elena Lisowski was not reported as a missing person,” San Diego Police Lieutenant and Public Information Officer Shawn Takeuchi said in  response to an inquiry from East County Magazine. “This death case is not under the purview of the San Diego Police Department. Responsibility over this case was transferred to the Medical Examiner’s Office on the day the body was recovered.”

Lisowski worked in the restaurant business for nearly two decades and previously worked at Antica Trattoria in La Mesa and spent 15 years at Princess Pub in Little Italy. According to an online profile, she graduated from CSU San Marcos in 2006.

As of February 23, no official cause of death has been determined by the Medical Examiner’s Office.

“We have not been notified by the Medical Examiner’s Office of possible criminal activity regarding this death investigation,” Takeuchi said in response to a later inquiry. “I would always caution anyone who is alone in isolated areas to practice good personal safety habits.”