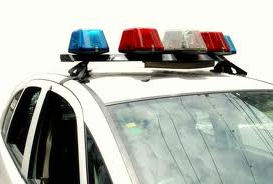 June 19, 2011 (LaMesa) --The La Mesa Police Department conducted a Court Sting Operation at the branch of the San Diego Superior Court on Thursday, June 16, 2011.  Our main focus was to identify those drivers who continue to drive even after having their license suspended as the result of a prior DUI arrest.  The detail was operational for about two and a half hours.  In the end, 10 subjects were contacted and 8 of them were found to be driving on a suspended or revoked license.  All of them were issued a citation and their cars were impounded and then placed on a hold due to the driver having a suspended license.

This operation serves as yet another reminder to the citizens of our community, that the La Mesa Police Department will not tolerate drunk drivers or those persons who continue to drive after having their license suspended.

Funding for this program was provided by a grant from the California Office of Traffic Safety, through the National Highway Traffic Safety Administration.