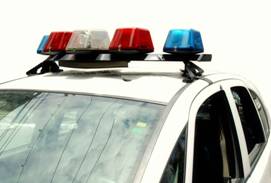 August 6, 2012 (La Mesa)—A 12-year-old boy shot his sister in the shoulder in what police believe is an accidental shooting  La Mesa Police responded to a 911 call from the boy at 9:44 a.m. today at the family’s home in the 8800 block of Jefferson Avenue in La Mesa.

“The two juveniles were home alone when the 12 year-old boy went into his parent’s bedroom and retrieved his father’s AR-15 style rifle,” said Matt Nicholass with LMPD. “The boy brought the rifle into the living area of the home and began manipulating the gun. The rifle accidentally discharged and struck his 17 year-old sister in the shoulder while she was lying on the couch watching television.”

The 17 year-old victim was transported to the hospital by the paramedics for treatment. Her injuries are not life-threatening.

"This is still an ongoing investigation at this time and we are uncertain if charges will be filed,” Nicholass concluded.