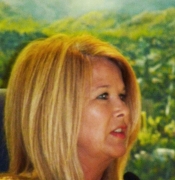 Charges filed against her state that “beginning no later than April 2004, and continuing through at least October 2008,” Hanson- Cox devised a plan to defraud her employer, Century Design, INC. (CDI).  The plea agreement states that Hanson-Cox embezzled  over $3.5 million from her employer, where she served as Comptroller.

“I’m shocked,” Councilman Gary Kendrick told ECM. “It’s completely out of character for the Jillian that I know. She was always compassionate and generous, played by the rules I sat next to her for eight years on the City Council and there as nothing to lead me to believe this could happen…She worked countless hours on community events,” he said, adding, “I can’t think of a person who was more civically active than she was. I was just really saddened by what happened.”

U.S. Attorney Laura Duffy stated in a media release, “While embezzling millions of dollars from CDI, former Councilwoman Hanson-Cox not only traded on her reputation as a public official, but also betrayed every citizen who expected her to act honestly in both her private and public affairs."

According to the prosecutor, Hanson-Cox used funds she embezzled to pay her personal credit card bills and to pay “for services and items of benefit to her (but not limited to CDI)  directly or to support her community activities.”  The prosecutor did not specify which community activities, however UT-San Diego has reported that FBI agents questioned a celebrity booker for the Mother Goose Parade to inquire who paid for celebrities such as Erik Estrarda of CHIPs and Tori Spelling of Beverly Hills 90210, among other stars booked for the parade.

For the charge of mail fraud, she could face up to 20 years in federal prison, a maximum fine of $250,000, a mandatory special assessment and mandatory restitution to the victims.  She will also have supervised release of three years after she leaves prison.

For the IRS related charges, she faced up to three years in federal prison, a maximum fine of $100,000, another special assessment  and supervised release of up to one year. Hanson-Cox understands that if she should violate the terms of her release after serving her time, she could be sent  back to prison to serve the balance of her term.

U.S. Attorney Rebecca S. Kanter explained after the proceedings that it is up to the sentencing Judge whether the prison terms are to be served at the same time, or one after the other. The length of the actual sentence is also up to the judge at her sentencing hearing, and lesser sentences could be imposed.

The sentencing hearing is scheduled for December 3, 2012 at 9:30 before District Judge Michael M. Anello.

A $100,000 bail was posted by her mother Edith Hanson-Cox, and her sister-in-law, Kimberly Schmidt. Hanson-Cox and her counsel also agreed to conditions of the court, including surrendering her passport to the FBI, which was already done, and not traveling beyond the San Diego and Imperial County regions. She is supposed to stay employed, or at school, and also agreed to continue her mental healthcare under an approved mental health provider. She cannot possess firearms nor  travel to Mexico. Finally, she has to report to Court as mandated by the Court.

Throughout the open court proceedings Judge Gallo kept asking Hanson-Cox if she understood the consequences of her actions. She stated that she did.

It was obvious, as Judge Gallo asked the defendant’s  mother how she was going to meet the bail requirements, that this was particularly hard on Hanson-Cox’s mother.  The defendant has retained the counsel of Charles Sevilla and Sebastian D’Amico.

For more information, see the plea agreement and  press release issued by the U.S. Attorney.