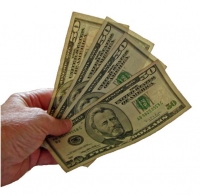 October 9, 2012 (San Diego’s East County)--Proposition 31 would move California from a one-year budget cycle to a two-year budget cycle, meaning budget debates happen every other year, instead of annually. Prop 31 would also prohibit the Legislature from spending more than $25 million on new programs unless an equal source of revenue or spending cuts are identified first, and would require performance reviews of all state programs.

Supporters of Prop 31 title the measure the Government Performance and Accountability Act and assert it will bring both accountability and transparency to California government. Supporters say California’s biggest problems (a stagnant economy , low performing schools, and a chronic budget deficits) are the result of a political process in the state budget rewarding waste and failing to hold officials accountable. Without Prop 31, supporters say, millions of dollars will be wasted every year that may be better used for schools, law enforcement and other priorities.

Reynoso said, "Prop. 31 seeks to make it clear to Californians how the state is using their money. It requires that the state budget and all laws be made available for public input and review for at least three days prior to politicians voting on them. It's time lawmakers stopped passing the budget in the dark of night and shined some light on how our tax dollars are being spent."

Opponents of Prop 31 criticize it as a poorly written measure that will lead to lawsuits and confusion instead of reform. In their words, Prop. 31 puts key decisions – such as whether to allow tax cuts – in the hands of unelected bureaucrats and will prevent the state from increasing funding for education unless it raises taxes or cuts other programs. It shifts $200 million from education and other vital programs to “experimental” local government programs. Opponents also criticize that the proposition allows local governments to alter how laws governing state-funded programs apply to them, saying the provision undermines protections for public health and the environment.

Opponents of Prop 31 include the California League of Conservation Voters, California Federation of Teachers, and the Peace Officers Research Association of California.

The Green Party opposes Prop 31 “based upon its content, seeing it as unconditionally accepting of an austerity approach to governing, rather than suggesting alternatives to it. Under Prop 31, the Governor would be granted power to declare a fiscal emergency, and then unilaterally cut the budget and eliminate programs, if the legislature fails to act within 45 days…The Green Party rejects such concentration of power in place of a system checks and balances, and it sees it as the wrong answer to the right question. If we are questioning what tools do we need to address fiscal emergencies, why not eliminate the 2/3 requirement to raise taxes by the legislature instead?”