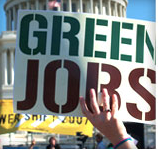 October 12, 2012 (San Diego’s East County)--Prop 39 changes tax laws to require businesses operating in several states to pay California income tax based on the percentage of sales from California. From this money saved, California would dedicate $550 million every year for five years toward energy efficiency jobs and projects that create clean energy.

Supporters of Prop 39 refer to it as the “California Clean Energy Jobs Act” and say it closes a tax loophole allowing out-of-state corporations to avoid taxes by locating headquarters out of state. They state that the fewer employees here, the less tax the corporations pay. That loophole, supporters say, costs the state’s budget $1 billion and thousands of jobs every year, because it rewards companies for providing fewer jobs in California. If passed, supporters claim Prop 39 could create as many as 40,000 jobs in California.

Supporters of Prop 39 include Californians for Clean Energy and Jobs, Planning and Conservation League, Green Chamber of Commerce, the American Lung Association in California, and the Latin Business Association.

Thomas Steyer, founder and co-senior managing partner of Farallon Capital Management, supports Prop 39. He said, "We have a loophole. It is worth over $1 billion a year. We should close the loophole, and that is what we are doing."

Opponents of Prop 39 say it is a massive $1 billion tax increase on California job creators and a recipe for corruption and waste, because it creates more bureaucracy and gives Sacramento politicians a blank check to spend without accountability. Opponents point-out that California is losing businesses at a record rate, partly because for eight years it has remained the worst state in the nation for business, and say raising more taxes on employers is going to make things worse, not better.

Peter DeMarco, a spokesperson for a coalition of businesses opposing the initiative, said that if approved, Prop 39 is "going to drive workers and jobs out of California."