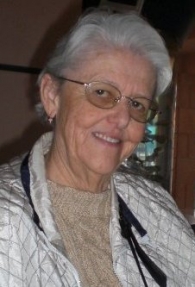 December 6, 2012 (San Diego's East County) – Maria Ines Heimpel, who taught  languages for more than three decades at Helix High School in La Mesa and volunteered for humanitarian causes in San Diego and Tijuana, died peacefully in her home on November 27, 2012.

Her lifelong concern for those in need led to her involvement with a clinic and an orphanage in Tijuana. She also participated as an interpreter with the Mercy Outreach Surgical Team, a group of doctors performing free surgical procedures for poor children in Mexico.

“She was a people person and as a teacher, genuinely interested in each of her students, going out of her way to help them,” fellow teacher and  friend Jean Costa said.  “She was a positive influence on the lives of so many young people and on the lives of people who knew her.”

Born August 15, 1942 in Cuahtemoc, Mexico, she came to America as a teenager who did not speak English.  She received her teaching degree at San Diego State College and in 1967, began teaching at Helix High School, where she taught Spanish, German and English. She also developed the English as a second language program at Helix.

“Maria Heimpel was a wonderful teacher whose warmth, humor and dedication were greatly appreciated by her students,” recalled East County Magazine editor Miriam (Genser) Raftery, a former student of Heimpel’s.

“I am grateful to have been Senorita Heimpel's `estudiante.' She saw something in me that I didn't know I had at that time; an aptitude for the Spanish language,” ECM copy editor and college instructor Caprice Meanor-Harrison wrote on a guestbook set up in Heimpel’s memory. “Thank you, Senorita Heimpel, for positively changing my life forever."

A guestbook where you can post memories/messages, along with an obituary with additional information,  has been set up at Legacy.com at http://www.legacy.com/guestbooks/UTSanDiego/guestbook.aspx?n=maria-heimpel&pid=161508692