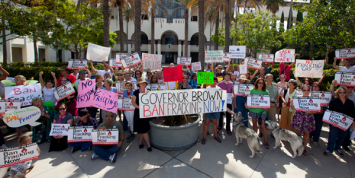 April 30, 2013 (Sacramento) – The Assembly Natural Resources Committee in Sacramento yesterday voted 5 to 3 to temporarily halt fracking until further health assessments can be done. Three moratorium bills passed, including AB 1301 to stop fracking unless it can be proven safe.

Two similar bills, AB 1323  and AB 649  call for creating an advisory committee to review health, environmental, economic and other effects. They would recommend regulatory changes. Those bills would require state officials to decide by January 2019 if fracking should occur in California.

California was the third largest producer of oil and gas last year, and those natural resources were also the biggest export for the US in 2011.

The measures will next be heard in the Assembly Appropriations Committee.

This article reviewing the historical events that happened around this monumental vote  in Sacramento:

Fracking is the extraction of oil or gas through injection of chemicals into the earth which contain toxins. The procedure poses risk of polluting water supplies and has also been linked to earthquakes.   It also uses millions of gallons of water, a precious commodity in arid Southern California.