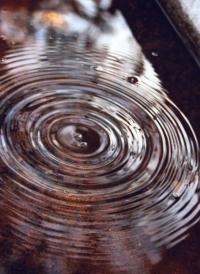 By Janis Mork and Jake Christie

May 30, 2013 (La Mesa)- La Mesa’s City Council unanimously approved increasing sewer service rates at its May 14 meeting. For the average family, the rate will rise by 7% in each of the next two years. Ironically, citizens' successful effort at conserving water has reduced city revenues--and was among the factors cited by Council to justify the rate hike, which drew strong objections from some residents present.

“Around 14,000 notices were sent,” he noted.”  Humora said that revenues have been declining since 2010, primarily due to decreased water use, which is impacting reserves, though expenditures have remained relatively stable.

“We pay 44% of the cost to the city of San Diego for wastewater treatment,” he said, adding that the city faces other potential revenue drains such as a potential fine from a December 2010 sewer spill. The city is also exploring options to recycle wastewater.

Councilmember Kristine Alessio asked for clarification on what the sewer rates were last April.

Judy Levinson, La Mesa resident, was the first member of the public to speak.

“I’m not in favor,” she told Councilmembers. “I’m kind of upset of how the new system works, where the sewer bill is put on the property tax. If the bill goes up 2%, is that including the sewer bill? I know you’re saving money. Are we paying more to taxes?” City manager, David Witt, told her it’s separate.

When Judy Maynard, who came with Levinson, wanted an explanation on the 7% increase, Sterling said, “The 7% increase in the bill is to continue with the capital improvement program and for money for reserves.”

Mayor Art Madrid added that “4% was denied by the Council.”

Scott McMillan, an attorney, spoke next. “I have submitted three protests. The real problem is that the state’s in a recession.”  He noted that a significant number of people are living on food stamps. “What I’ve heard is a wish list for the capital improvement program,” he added. “Essentially, this is a savings account. Many of these projects can be pushed off. Consider taking recycled water from North City plant to Lake Murray and drink it. It’s good water.”

After that, Joe Mehuron, La Mesa resident, offered his views. “My wife and I have been La Mesa residents for most of our lives. We pay a large sum of money for the sewer. I have no objections to the water increase.” But he added, “I do object to calculations of how you punish La Mesans who take good care of their yards. We don’t use [the sewer]. It bothers me when people live in condos and apartments, and they pay less for the sewer they use than we do. Think about another way to calculate the sewer cost.” He argued that the most honest way to allocate the cost is  “per family per water meter.”

Thomas Boggs also objected, noting that we are in a recession and many people can’t afford to pay more.

Mayor Art Madrid told McMillan that brining water from North City would be a “good idea, but that costs billions of dollars we don’t have.”

Ewin then wanted Humora to explain what happens if rates are not increased and  “We don’t get reserves.”

Humora answered, “In two years, [there will be] no reserves. The majority is routine operation of maintenance. We’ll probably look at the budget and see what changes can be made.”

Madrid gave his opinion to the public. “This region has been extremely fortunate to have waivers that everyone in the county is paying for. San Diego is the only city in the country that has primary treatment.”

Ewin said, “If this goes through, there’ll be a lot of hearings. The issue is here, what we’ve seen. I recognize this will be a tremendous impact.”

Mayor Madrid wasn’t very optimistic. The hearing was then closed. Vice Mayor Mark Arapostathis then made a motion to approve staff’s recommendations. The vote was 5-0.

In the aftermath of the Council’s decision ECM  interviewed three of the citizens who spoke at the meeting: Scott McMillan, Thomas Boggs, and Judy Levinson.

Attorney McMillian was still unhappy with the vote, in fact so unhappy that he said he is researching a legal challenge to Council’s decision. One of the elements he brought up in his written protest to the rate hike was the requirement by the city that all protests had to include an assessor’s parcel number.

“The Notice also imposes a requirement that the assessor’s parcel number be included, in addition to the sewer service address. Thus, the notice imposes a greater requirement than required by Article 13D [of the California state constitution]….. which merely requires a “reasonable identification of the parcel.” Thus, the Notice does not comply with the California Constitution,” he wrote. When it was mentioned to him that only 67 households out of more than 6500 protested, he voiced shock, but said he was not surprised because “nobody knows what their APN is offhand.”

To Scott McMillan, La Mesa has a “closed” sewage system; it isn’t growing because the town is built out.  Citizens conserved water when the city requested this a few years ago and now they are being hit with an tax increase because the sewer isn’t handling  as much waste water as before.

“We are already paying a lot of money for it,” he asked. “Where is our cost savings?”

Finally he mentioned that the EDCO garbage company may possibly get a rate increase in the near future because it is a monopoly in La Mesa.

Thomas Boggs was furious.“They just put through an 18 percent rate increase” he yelled over the phone. “They flat-assed lied to us.” He did not explain how he had come up with the figure, but he also mentioned the upcoming EDCO rate increase.

Judy Levinson had more prosaic problems. According to her, instead of billing every two months, the city lumps sewage into property taxes and demands payment at the end of the year. She mentioned that she had lived in the town since 1955.

“It’s useless to fight them….the Mayor and the City Council are against taxpayers,” she said.

Neither McMillan nor Levinson felt that the increase had anything to do with the actual cost of maintaining a sewage system, but rather that it was about keeping large cash reserves for undisclosed reasons.