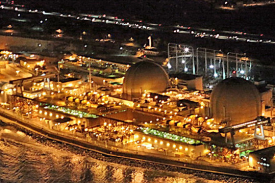 Opponents argue that SDG&E shareholders, not ratepayers, should foot the bill for mistakes made by SDG&E and Southern California Edison.  Records obtained by California Senator Barbara Boxer revealed that the utilities covered up knowledge of faulty equipment that led to leaks at the aging facility north of San Diego.

The CPUC opened this multiphase investigation to consolidate and consider issues raised by the extended outages of Units 2 and 3 at SONGS. Generally, the proceeding is focused on any warranted refunds to ratepayers or rate reductions. The Phase 2 Evidentiary Hearings on October 21-25, 2013 will consider the removal from rate base of non-useful capital assets at SONGS. Other phases of the proceeding have or will address other SONGS-related cost issues. These Public Participation Hearings are an opportunity for the CPUC to hear from the public about how the CPUC should adjust rates as a result of the non-operation of SONGS.

The presiding Administrative Law Judge will set the Agenda and determine speaking times. During the first hour of the Public Participation Hearings, local government representatives will be given priority for public comment. Members of the public who wish to address the CPUC must sign in at the Public Participation Hearings and will be called upon in the order listed on the sign-in sheet. Community-based organizations and other groups are encouraged to identify one or two speakers to represent the views of the organization’s members.

Administrative Law Judges Darling and Dudney, along with Commissioner Florio, will be representing the CPUC at the meetings in San Diego.