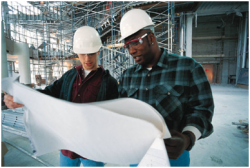 In East County, the measure will impact El Cajon, which last year passed a ballot measure to become a charter.  Now projects such as a new animal shelter will have to be built by workers paid the region’s prevailing wage.

With the economy improving, El Cajon is now back in the black, generating significant new sales tax revenues in recent months, thus a city insider advised ECM that SB 7 should not have a significant effect on the city’s bottom line.

Bonnie Price with Citizens Oversight opposed El Cajon's charter measure, Prop D. Asked about the new state law, she said, "While we working against Prop D, I raised the question about the prevailing wage issue with the city council." Price added that a city representative advised her that "the wording of the new charter would not prevent the application of the prevailing wage law to the city projects."

The measure was sold to voters as a way for the city to save money on public works contracts to fund other services.  But Price told ECM, "What the charter was really about was the no-bid contract issue. The council wanted to legalize giving their developer-supporters city contracts without going the legal hoops.  So, the voters put their stamp of approval on a charter legalizing what had formerly been illegal."

But some city officials have cited other advantages of charter city status beyond wage issues.  During his election campaign, Councilman Tony Ambrose, then a planning commissioner, said, "If handled properly, a charter can be beneficial to local jurisdictions. One thing we can do is use general fund money for economic development; you couldn’t do that before as a general law city and without it, it would be tough to move redevelopment forward."