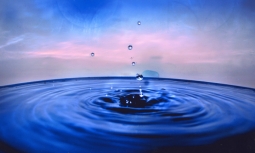 November 3, 2013 (La Mesa) – Last year, Helix Water Board member Chuck Muse sought to prohibit board members from speaking to the media in a clear effort to silence an outspoken member  critical of a rate hike.  The board stopped short of that likely-unconstitutional action, instead requiring board members to make clear that they are speaking as individuals, not representing the board’s position to media and the public. http://eastcountymagazine.org/node/10180

On its agenda for Wednesday, November 6, however, the Board is proposing new policies that would go much farther. While some policy changes aim to curb abuses by officials, others have a potential chilling effect on board members’ free speech. In addition, the new policy could allow limits on testimony from the public. (View board report on proposed guidelines and agenda.)

The new policy, for example, would allow the Board chair “to set reasonable limits upon the length of time and number of occasions on which a member of the public may speak at meetings.”  While it’s common for boards to set limits on how long any individual may speak, this reporter is unaware of any other boards that restrict the number of times a member of the public may speak and indeed, it is not unusual to see some impassioned members of the public speak during the public comment period at nearly every meeting, or on multiple agenda items within a single meeting.

“That doesn’t seem very democratic,” said David Smyle, a frequent outspoken critic of the Helix Water District, who has testified frequently at board meetings.  He indicated his intent to speak out against the policy change at Wednesday’s meeting.

Board member Joel Scalzitti served on the committee to draft the guidelines.  He told ECM that his intent with that clause was to allow flexibility for some members of the public to cede times to others so that a presentation longer than three minutes could be made.

Scalzitti said his goal in formulating the guidelines was to create some “scope for the president” to require that the board president “shall act or speak for the full board and not for himself—and shall not meet with other agencies or public officials without board direction.”  Scalzitti has objected to Helix representatives meeting with Padre Dam water district officials regarding a potential takeover of Lake Jennings.  Scalzitti has fought to keep the lake open and under Helix Water District ownership.

An agenda item to potentially sell Lake Jennings or close its campgrounds, among other options,  is also on Wednesday’s agenda.

As for Board members, the guidelines contain some boilerplate rules of conduct, but also some “fuzzy” language that, in the view of one long-time Helix Water Board attendee who asked not to be named, could mean “the majority will be able to muzzle and punish the minority at will for perceived insults or differing opinions.”

For example, the new requirements would mandate that anytime a board member has contact with a member of the media, the member must notify the full board.  Not only is this potentially intimidating, it also effectively would eliminate whistle-blowing if, for example, a board member should become aware of wrongdoing.  (The member would, however, still be free to speak with a Grand Jury.)

Moreover, the guidelines appear to prohibit members from voicing dissent with the majority, after a vote is taken.  The guideline reads, “…Once the Board takes action, Board Members should commit to supporting said action and not create barriers to the implementation of said action.”

Does that mean that if a board member utters a dissenting opinion, they could be accused of undermining the district?  If a reporter asks a member on the losing side about their opinion, is this now a punishable offense?

Russell Buckley, a district resident who has been a frequent critic over pension funding, had this to say.  "One change I did see is section 9.1-2(A) #8 which seems to say that once a vote is taken members in opposition must support actions they opposed (and likely still oppose).  If I were on the Board and lost an effort to reduce pensions I would not want to be made to cease and desist talking about the issue."

Scalzitti, who has also been critical of some board members’ actions, told ECM,”I think we should be able to talk to the press.” He interprets the guideline as a “courtesy” notice when a board member speaks with a reporter, but does not believe the rule requires members to divulge the full content of such conversations.

The guidelines empower the  board majority explicitly to determine whether conduct is in violation of the new policies and if so, to issue punishment that may range from a warning letter to removal of the board member from committees and denial of payment for per diem and expense reimbursements.

Members are also required to answer questions “directly, telling the truth, and admitting to a lack of knowledge if applicable.”  But whose version of “facts” apply, when there are competing statistics?  What is the criteria for determining who is knowledgeable?

Board members are also required to disclose to the General Manager any improper activities.  Or, as one long-time board observer states, “Forced coercion that one is ignorant or you might be financially punished?”  The source indicated the guidelines’ intent appears to be to send a clear message to dissenting members:  “Fall in line and rubber stamp the General Manager, or we’ll punish you.”

The Board meeting will be held at 3 p.m. on Wednesday, November 6 at Helix Water District’s headquarters, 7811 University Avenue, La Mesa.