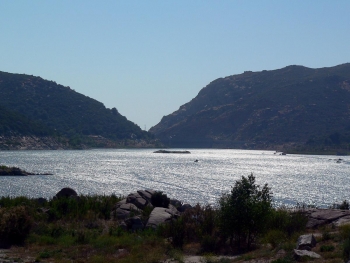 In a letter to Gloria on September 30, Jacob wrote, “I can’t emphasize enough that jeopardizing public safety, the environment, and recreational opportunities in turn for a one-time cash savings is the imprudent thing to do.”

When Bob Filner was Mayor, he prevented a proposed draining of Lake Morena. But his successor, Gloria, supports the plan that feeds San Diego's water needs at the expense of residents who value the beauty and recreational opportunities at the reservoir in rural East County.

Jacob  opposes the drawdown and noted that the lake is used by firefighters  to battle wildfires.  She  asked that any drawdown be delayed until January.  Further, she asked that the city consider a compromise of not allowing the water level to fall below 2980 feet – 13 feet higher than what the City proposes, after already draining  water levels four feet  earlier this year. She also asked the City to first notify stakeholders, including businesses and residences who might be impacted by drawdown plans. 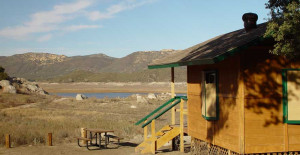 The County Parks and Recreation report warned that the drawdown could cause massive fish kills, algae blooms, and leave lake view cabins without waterfront views.

But Gloria, in a response dated October 14, informed Jacob that the city intends to go ahead with the massive drawdown “to efficiently utilize local water supply resources and reduce the purchase of expensive imported water. “ He said the city’s plan would leave 113 acres of water surface area for recreational areas,  an area about the size of the San Diego Zoo.

To limit the drawdown to the 2980 feet requested by Supervisor Jacob, the City would have to purchase extra imported water, Gloria stated, making clear the City will not foot that bill. Instead, he proposed that the County purchase from the City 2,128 acre feet of water at a cost of $1,716,489 ($807 per acre foot) if the County wants to keep the lake at the level proposed by Jacob.

ECM has asked Supervisor Jacob’s office if such an offer will be considered and to what extent such costs might be offset by recreational user fees that will be lost if the lake becomes undesirable to campers, fishermen and other recreational visitors.

Gloria claimed the City will “continue to notify key stakeholders” of this and future water transfers, btu cited only the Cleveland National Forest, International Boundary and Water Commission, U.S. Fish and Wildlife Service, and California Department of Fish and Wildlife.

No mention was made by Gloria about notifying area residents or businesses, as Jacob had requested.

I think it's fascinating that when the issue is wildfire, the problem is all ours. ("That's what you get for living out there." "Here, pay this unapproved fire tax because, well, that's what you get for living out there.") But water? Oh, then it belongs to everybody! While we rely on our own ground water and wells for supply and maintain our own septic tanks to handle waste--all at our own risk--city folk pay a monthly fee to have all that taken care of, risk-free. Perhaps if water pricing mirrored supply, we wouldn't be having this problem?

I'm suprised there is no mention of the negative impact this will have on the pair of Bald Eagles that call the lake home.  We saw them last weekend and my understanding is that it is very rare to find Bald Eagles this far south.  It's too bad that the City has the right to destroy something so beautiful.

Sorry but this is a basic water rites issue.  If the county wants to determine the water level, then they need to step up and buy the water.  The City of San Diego owns the water.  To keep them from using it is a "taking".  It's real simple.

Same goes for businesses and homeowners near the lake.  Buy the water rights if you want to control them.