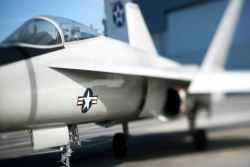 The federal government has legal authority over aviation in the United States and requires anyone who is not a citizen to undergo background checks before they can take flight training. However, in 2012, a report issued by the federal Government Accounting Office, or GAO, stated there were “concerning” gaps in that background-check system — more than a decade after the 9/11 attacks.

Shortly after the GAO report came out, County supervisors directed Public Works on Sept. 11, 2012 — the  anniversary of the  9/11 attacks— to work with local groups and draft an ordinance that would require flight schools and instructors to certify they were complying with federal law.

The ordinance County supervisors approved will require flight schools that train foreign student pilots at any of the County’s eight airports to sign a form every year stating they are complying with the federal background-check law.

Board Chairwoman Dianne Jacob said of the measure, “We have more reason today than ever before to have this certification in place. It’s simple, it’s not adding bureaucracy.”

The County ordinance must be approved a second time when the Board meets Feb. 26. County Department of Public Works officials said they would begin enforcing the new ordinance when the new fiscal year begins July 1. Public Works operates the County’s airport system.

In addition to approving the local ordinance, Supervisors unanimously agreed to: increase their efforts to lobby the federal government to fix “the gaps” in the existing federal law; increase communications with flight schools and instructors to make doubly sure they are aware of the background check rules; tell other counties statewide about their new ordinance; and bring the ordinance back to the Board for review in a year’s time to see how it is working.