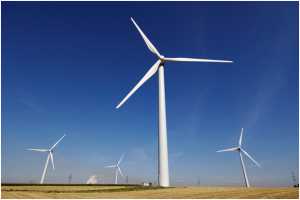 On January 21,  the Luxembourg-based General Court of the European Court of Justice ruled that the European Platform Against Wind farms (EPAW) does not have “legal personality,” and therefore had no right to initiate a recourse in its chambers against the European Commission.

EPAW represents 649 associations of wind farm victims across Europe. It had brought a case against the European Union, denouncing Brussels’ new renewable energy targets for not respecting the rights of citizens to participate in environmental decision-making under the provisions of Aarhus Convention legislation.

Yet in a judgment dated January 18, 2007, the Court of Justice had declared admissible an appeal by the Kurdistan Workers' Party (PKK), an organization with no legal personality, based outside the EU, and with a history of armed rebellion. The Court had then given value to the argument that "it is a question of avoiding excessive formalism” (case C-229/05 P).

Initially, the General Court had admitted EPAW’s recourse and processed it. Indeed, unincorporated bodies based in Ireland such as EPAW do not have to be constituted as registered associations to have certain rights regarding environmental matters. The Irish Supreme Court even confirmed on November 27, 2013 that in similar circumstances unincorporated bodies could bring matters into proceedings at the Irish High Court. These bodies argue that, lacking both time and resources, many groups of citizens cannot spend precious energy and money drafting legal statutes, organizing annual assemblies, writing minutes, doing secretarial work and filing reports to government(s).

Other EU institutions, like the European Ombudsman and the European Commission, did not refuse to process complaints submitted to them by EPAW. Neither have the United Nations in Geneva, which watches over the rights of the people in environmental matters under the Aarhus Convention. Furthermore, the Platform is registered (Nº 66046067830-67) on the EU’s Transparency Register, which provides information on organizations seeking to have a say in EU decision making.

On January 23, EPAW received from the General Court the defense memorandum of the European Commission, which had been lodged nearly four months earlier. Attached to that same email was the ruling of the Court, not permitting EPAW to challenge the arguments of the Commission, dismissing the case and ordering EPAW to pay the costs incurred by Brussels in defending itself.

“The Aarhus Convention stipulates that access to justice must be ‘free of charge or inexpensive’,” complains Mark Duchamp, of EPAW. “As a platform, we have no money, and our lawyer is working pro bono. What the Court has done is to castigate wind farm victims, whereas it had helped the armed group PKK to get its funds unfrozen by EU banks.

“In the circumstances, we can’t even appeal the decision, risking more punishment we can’t afford. And if we can’t pay the defense costs of the European Commission, what then? Will Brussels name a figure, and force wind farm victims to sell their homes to pay for it?”

He concluded, “This is outrageous, especially when considering that the Commission has been violating its own laws on people’s participation in decision-making, as per the findings of the United Nations’ Aarhus Convention Compliance Committee. But Brussels is proceeding with its non-compliant 2020 renewable energy program in defiance of its own legislation and of the UN. It is now even seeking to extend this illegal program to 2030 in a manner which is, again, non-compliant with required public participation procedures. This is precisely what EPAW was, rightly, trying to stop.”

Duchamp said he wonders about the independence of the Court of Justice from the executive arm of the EU. “The Court had admitted our recourse. They had processed it, notifying the other party (the European Commission). But all of a sudden, eight months later, they backtracked without letting us present new evidence, such as the Irish Supreme Court ruling, or even defend ourselves against the misleading allegations of the Commission. They showed a surprising hostility by condemning us to pay costs, whereas they had themselves decided to accept our recourse. If indeed our action was not admissible, why did they process it, notifying the defendant? And if it was their mistake, why condemn us to pay the European Commission’s lawyers? – Again this is outrageous, and we have a good reason to be indignant."

He concludes, “Now the Commission is no longer under the threat of seeing its new renewable energy targets challenged by the General Court. Brussels was handed a get-out-of-jail-free card, the Aarhus Convention is dead in the water, and so may be the rule of law in the EU.”

What a strange ruling, especially in light of the latest rulings by the European Union and the German government that they would begin drastic cuts to both their renewable subsidies and mandates. The reason: "green" energy has pushed the price of power through the roof. Many continental industries are now paying more than double the rates paid by their American counterparts.