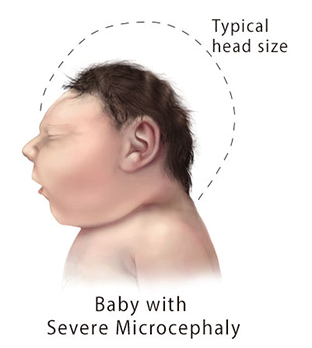 August 1, 2016 (Miami) — Today the Centers for Disease Control issued a travel warning urging pregnant women not to travel to Miami, Florida and additional advice for travelers who have recently visited the region due to the presence of mosquitoes carrying the Zika virus.

Ten cases of Zika virus are believed to have been caused by mosquito bites in a one-square mile area of Miami’s Wynwood neighborhood—the first time Zika has been transmitted within the United States through mosquitoes here.

“This is the news we’ve been dreading, said Edward McCabe, senior vice president and chief medical officer at the March of Dimes, an organization devoted to preventing birth defects, USA today reports.

There is no treatment or vaccine for Zika.  Most people who contract if have no symptoms or only mild symptoms.  But Zika virus can cause serious birth defects in infants including microcephaly, or small skull, resulting in brain damage. Zika babies may also suffer seizures, frequent crying, and other severe problems.

If you traveled to Miami after June 15, you should avoid pregnancy for at least 8 weeks.  If you are already pregnant, or had sex with a partner who recently traveled to Miami, the CDC advises getting tested for Zika.

Everyone in the area should take steps to prevent mosquito bites.

Other U.S. cases involved people who traveled to Zika-infected countries or had sex with a traveler to an infested region. Over 1,648 Zika cases have occurred in the U.S.

The American Medical Association and the American Public Health Organization among other public health experts have criticized Congress for adjourning on summer vacation without approving President Barack Obama’s request for $1.9 billion in Zika prevention, made last February.  Republican leaders in Congress blocked the measure from coming up for a vote.

Blood centers in Miami and Fort Lauderdale have been asked to stop collection blood donations until they can screen for Zika, according to the U.S. Food and Drug Administration.

The Aedes mosquitoes that carry Zika Virus are now found across the southern U.S. including San Diego County, where spraying has been done by the County in an effort to stop mosquito breeding.

The public is asked to get rid of all standing water where mosquitoes can breed in as little as a thimble full.  The County also has mosquito fish that will eat mosquitoes, available free to property owners with ponds or other bodies of water.

Officials have indicated that better sanitation mosquito control, use of window screens and air conditioning should help prevent Zika from becoming as rampant as it has become across South and Central America and the Caribbean.

Here's a cheap easy to make trap that you can use for yellow jackets, wasps and other insects.
http://www.thesurvivalistblog.net/homemade-mosquito-trap/