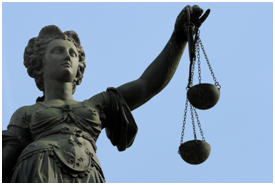 August 2, 2016 (San Diego) -- A bill by California State Assemblywoman Lorena Gonzalez (D-San Diego) aims to assure that an injured person in California receives fair compensation for future income loss and future medical costs regardless of their immigration status.  It was approved by the State Senate on a bipartisan 28-11 vote yesterday and next goes to the Governor for signature.

Assembly Bill 2159 would override 1968 court case that allowed civil damages to be limited to what immigrants might have earned in their home countries, even though they are living in California and rely on income from the job they perform here.

Gonzalez states, “California has spent decades working to ensure people are not additionally penalized for their immigration status, and AB 2159 would close an accidental loophole benefitting those who seek to exploit immigrants.

The California Legislature has over the years passed laws indicating the importance of protecting the rights of undocumented people not only in the employment setting, but in all respects. However, these protections do not currently extend to individuals seeking recovery of fair compensation for their injuries through our civil justice system.

Supporters of the measure include the ACLU of California, labor and immigrant rights organizations.  No letters of opposition were received, according to the Legislative Counsel’s bill analysis.

A friend of mine was hit on her bicycle by an unlicensed illegal. Where does she go for her medical expenses after her insurance runs out? How about we take care of Americans first!