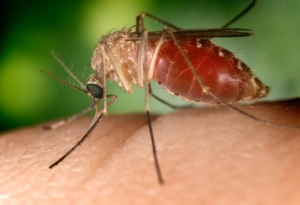 
The woman donated blood on July 27 and was found to have evidence of active infection. She developed symptoms of fever and headache this week and was diagnosed with West Nile fever.  She was not hospitalized. All blood donations in the United States are screened for West Nile virus and other diseases that can be transmitted in a transfusion.

West Nile virus is carried by mosquitoes. County Department of Environmental Health Vector Control Program staff members are conducting inspections near the woman’s home to check for potential sources of mosquito breeding. Vector Control also set up traps in the area and is sending notifications to residents.

This is the first confirmed human infection with West Nile virus in San Diego County so far this year, but the County Vector Control Program has already collected more infected dead birds and batches of mosquitoes infected with the virus in 2016 than it has in recent years. Mosquitoes can transmit West Nile virus to people by feeding on infected birds and then biting humans.

Environmental Health has identified 185 dead birds and 77 batches of mosquitoes that tested positive for West Nile virus to date in 2016. At this point in 2015, the County had collected a total of 69 dead birds and 14 mosquito batches that tested positive for the virus. Last year was also the deadliest year ever in San Diego for West Nile virus, with six deaths among the 44 human cases reported.

“The numbers of dead birds and positive mosquito batches positive for West Nile virus has increased from what was found last year, so it’s important for the public to know the facts about how to prevent mosquito breeding and protect against mosquito bites,” said Wilma Wooten, M.D., M.P.H., County public health officer.

Eighty percent of individuals who become infected with West Nile virus will have no symptoms. Twenty percent of those who do get sick have mild symptoms of headache, fever, nausea, fatigue, skin rash or swollen glands. One in 150 of those infected with the virus will have serious neurologic complications that can be life threatening. The risk of complications increases for those over age 50 and people with weakened immune systems.

County officials reminded the public that they can protect themselves by following the County’s “Prevent, Protect, Report” advice.

Prevent mosquito breeding: Dump out or remove any item inside or outside of homes that can hold water, such as plant saucers, rain gutters, buckets, garbage cans, toys, old tires, and wheelbarrows. Mosquito fish, available for free by contacting the Vector Control Program, may be used to control mosquito breeding in backyard water sources such as unused swimming pools, ponds, fountains and horse troughs.

Protect yourself from mosquito bites: Protect yourself from West Nile virus by staying inside when most mosquitoes are most active, at dusk and dawn. Wear long sleeves and pants or use repellent when outdoors. Use insect repellent that contains DEET, picaridin, oil of lemon eucalyptus, or IR3535. Make sure screens on windows and doors are in good condition and secured to keep insects out.