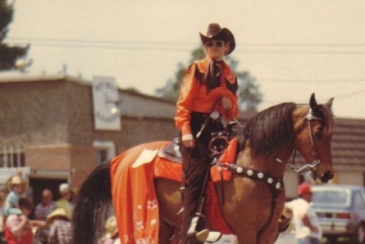 August 9, 2016 (Campo-Lake Morena) — A GoFundMe site has been established by Bill Holtwick to help raise money for huge medical costs needed to save the life of his wife, Pat.  Claudia Millerbragg, who runs a Campo-Lake Morena community forum, has confirmed that Pat Holtwick is a cherished community member who has devoted many hours to rescuing abandoned or abused animals.

“I am 71 years old and Pat is 66 and we just can’t keep up with physical and or the financial responsibilities. We are both on Social Security, and are on a very low/limited income,” Holtwick writes.

Diagnosed with colorectal cancer in March after a colonoscopy found a massive stage 3 tumor, she underwent surgery, chemotherapy, and radiation at a Sharp Grossmont Hospital cancer center in La Mesa.  Pat suffered constant pain from third degree burns suffered during radiation treatments, while Bill had to single-handedly care for all of their animals and drive Pat 100 miles roundtrip daily for several weeks of treatments.

Now she needs weekly chemo injections at $250 each, payable each Tuesday before the treatment will be done. Other costly procedures have included placing a port for infusions into her chest, PET scan, MRI, copays for doctors’ visits and hopefully soon, hospitalization and surgery to remove the tumor that has shrunk due to the radiation treatments.

“Pat is basically 'fighting for her life,' as who knows what the future is actually going to be?  Praying that she will be a Cancer Survivor,” her husband writes “Funds are NEEDED ASAP, for we are financially in debt.  Any donations would be so GRATEFULLY appreciated by both Pat & me, as we are having a great difficulty in trying to make any payments that are due,” he adds.