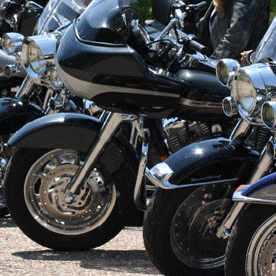 According to California Highway Patrol Officer Kevin Pearlstein, the man is hospitalized in grave condition at Sharp Memorial Hospital, though his major injuries are not considered life-threatening.

The Yamaha motorcycle was traveling eastbound at a high speed on Highway 94 west of Harris Ranch Road, when the driver missed a curve.

"The motorcycle traveled onto the dirt shoulder where it impacted a large tree ejecting the rider," Pearlstein said.

He added that no other vehicles were involved and it appears alcohol and or drugs were not a factor.”