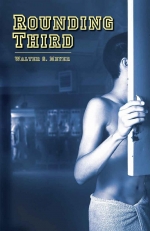 January 15, 2010 (San Diego)--Drawing on his own experiences, San Diego author Walter G. Meyer embarked upon a decade -long journey to create his recently published novel, Rounding Third. This book is much more than a fictional account drawn together from adolescent memories. Wthin the story’s characters can be found, according to Meyer, “a bit of everyone.” In addition to Meyer’s past, Rounding Third is a blended anthology of the lives of many real people, including several youths from East County. One of the central characters, Josh, is partly based on a youth who in addition to sharing the character’s name, comes from El Cajon. 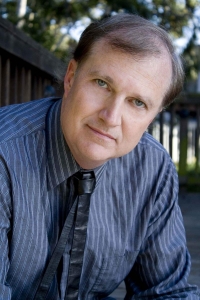 In Meyer’s characters exist a touch of realism so profound that it can only be accredited to their origins as real people. The character’s counterparts in real life are no less fictional than the situations that they face, all of which, heartbreakingly enough, are all too common in most parts of the country.

The novel focuses on the relationship of two high-school baseball players in a rural and less-than- progressive small town somewhere in Ohio. One is the star pitcher and the other is the star bench warmer; as they become close they develop a relationship that in today’s world is viewed as controversial and by some to be an immoral union. Despite efforts to hide their feelings, circumstances beyond their control force them both to mature and stand against a wave of backlash from their peers and some adults in their community.

While this story is certainly gay-related, Meyer does not want this to be the focal point of the book’s identity. “Most straight readers do not see any romantic attraction between the two characters until eighty pages in, long after the two have been introduced,” the author states.

The novel has a more universal message that is important to everyone. It is at heart a story about two young people being forced to mature and deal with the difficulties of acceptance. When asked about the title, which could be construed by some as a type of sexual innuendo, Meyer replied that “when a baseball player rounds third, the only thing on [his] mind is sprinting to home; that’s what this book is about finding your home.” The message of this book underneath all of the character interactions and plot development is the importance of acceptance.

When asked about the possibility of gaining a following of readers in East County, Meyer wants the readers to understand that “small town Ohio is no different than small town Cali.” Anyone can be born gay; friends may come out or their children can grow up to be gay. Gay or not, this book focuses on the consequences of bigotry and the struggles that a minority faces on a day to day basis. Again like the characters, the feelings they experience are all too real.

Under the dedication, there is a special mention of various tragic incidents which have occurred within the past decades. Most of these are violent and involve the ostracizing of teenagers for differences whether real or just imagined and imposed upon them. Included within this is the memory of the Santana High School shooting in Santee in 2001. Incidents like this one and other school shootings always have a story behind them. Oftentimes the shooter or shooters are the victims of years of bullying and exclusion. Whether the people who commit these horrible acts actually identify as gay is not the problem, rather it is often the insensitivity of the bully who applies derogatory names like “fag” and “queer” daily that leads to the hatred and solitude that precede these violent incidents.

In writing this book, Meyer hopes that people will be able to connect with the characters and therefore be more likely to be accepting of diversity, in addition to opening people’s eyes to the daily struggles that all types of different people face even in their own communities.

Hitting very close to home for a lot of young people, this book should create an awareness of the important of an accepting community and also transmit the message that the battle for acceptance, equality, and even the right to live in peace did not end with the Civil Rights Act in 1964. As Meyer says, “This book covers a lot of American history in passing to suggest that the struggle for civil rights has been a long one in this country and although we have come a very long way, we still clearly have a long way to go.” 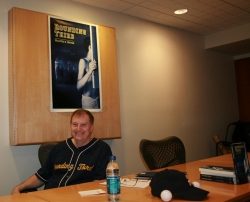 In accordance with his own beliefs, Meyer has been very involved within his own community and those of others, helping to carve the steps leading to a more progressive world. The author of this book has worked helping people at the East County Career Center in El Cajon, as well as working with the youth of Grossmont and Monte Vista High Schools and other charities in East County. As such, he has been a witness to the imperfections close to home, seeing firsthand the problems that teenagers and many others experience in their day-to-day existence.

As an acknowledgement to both his literary accomplishments and his involvement in the community, Meyer has been asked to speak at the Spring Valley Library at an author’s day in July. He told them that he would very much like to attend because it is very important, and that there are people in East County who can certainly relate to his book. In addition to attending author’s day, Meyer will be speaking about his book within the next two weeks in San Diego. The author will be holding his engagement in San Diego on January 23rd at 11 a.m. at The Center located at 3909 Center Street in Hillcrest.

In literary circles, Meyer’s book has created a bit of a stir. As an attestation to its realism and positive message the novel, has recently been nominated by the Lamdda Literary Society in the best debut novel category. This is Meyer’s first novel, although he has written two nonfiction books.

To find out more about either Rounding Third or the author Walter Meyer, his page can be visited on the web at www.waltergmeyer.com.

Walter Meyer has been invited to attend and participate in the upcoming 7th Annual Diamond Literary Festival "Celebrating Authors Dinner Cruise" on June 3, 2011, aboard the William D. Evans at the beautiful Bahia Resort Hotel in Mission Bay. This event is the brainchild of Alice Jefferson.