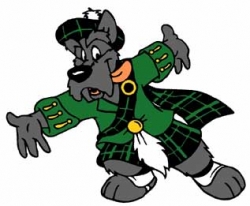 February 5, 2010 (El Cajon) – On February 11, Grossmont Union High School District’s board will consider whether Helix Charter High School’s charter should be revoked, citing “continuing concerns by the GUHSD Board regarding the safety of Helix students,” board president Robert Shields wrote in an e-mail to media.

The meeting will be held at the East County Regional Education Center, 924 E. Main Street in El Cajon, with the public session beginning at 6 p.m.

The current controversy stems from the school’s assistant vice principal, Josh Stepner, who resigned after police charged him with contributing to the delinquency of a minor. Stepner gave Dakota Garza, a student, a ride to a bus station without informing her parents. There is no evidence of any sexual misconduct, drugs or alcohol, police have stated. Stepner is currently awaiting trial.

Garza, in an interview with Channel 6 news, has said she was “shocked” that Stepner was charged. According to the story, she was living with nine other people in two-bedroom home of a relative. Garza went to court to have the relative’s custody dissolved and says she then unenrolled from the school and purchased a bus ticket on the office computer, with knowledge of assistant vice principal Kevin Osborn. When Stepner gave her the ride, she said, she was no longer a student.

“He did absolutely nothing wrong,” said Garza, who is now living in her hometown in Medford, Oregon. “I think he was the only one who really tried to reach out to me and help me with what I was going through.”

The district asserts that Helix administrators “had reasonable suspicion of child endangerment (knowledge of a potential runaway and the potential involvement of Helix administration) but did not formally report their suspicion to Child Protective Services or police.” In its media statement, the board further claims inconsistencies in statements made by the principal and the Helix Charter High School Board. The GUHSD board also questions why Stepner was allowed to continue his duties and remain in contact with students pending a police and internal investigation.

The current incident is the latest in a string of troubles at Helix. Last year, Helix faced threats of a charter revocation after four teachers were arrested and convicted of sexual misconduct with students. The GUHSD board accused Helix of failing to cooperative in implementing adequate procedures to protect students following those cases. Only after the district threatened to revoke the Helix charter did the Helix board ultimately comply.

“We expected that given the unusual difficulties that Helix had endured in being allowed to keep their independent charter, the administrators and board would be far more sensitized to legal requirements protecting children and more vigilant in following the law,” the district’s release noted.

For the full board agenda, see:  http://portal.guhsd.net/portal/page/portal/GUHSD_SUPER/BOARD/BOARD_DOCS/...