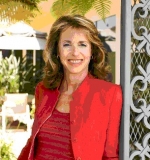 a column written for the East County Magazine

April 16, 2011 (San Diego’s East County)--The market has not reacted much to the budget agreement that finally came late Friday night. This void of impact is due largely to the fact that the “budget fight is not over” but also because several other factors threaten to have an even greater impact on the overall market. We’ll brief you on them in chronological order…

Investors will look to corporate profits and outlooks this week for confirmation the S&P 500 has another leg to its rally as the earnings season gets under way. Market analysts have found encouragement for a strong earnings season from the relatively light amount of company preannouncements, leading to the belief that surging commodity costs have yet to compress margins and impact corporate profits. Investors will also eye a batch of economic data this week, providing more insight into the economic recovery, including the consumer and producer prices indexes, the Reuters/University of Michigan consumer sentiment index and the Federal Reserve's Beige Book of economic activity.

The price of oil and gold are likely to rise for the final 3 months of the second quarter, buttressed by the widespread geopolitical unrest, and the approach of the summer driving season.

Crude is taking its cue from the dollar today, and has stabilized slightly after closing last week above $126 per barrel. Since mid-February the price for a barrel of oil has jumped $15. This is due in large part to the recent unrest in the Middle East, increasing concern that geopolitical volatility could compromise future supply of oil. For example, the uproar in Libya by its citizens caused the fourth-largest oil producer in Africa to halt its production.

All of these headlines create a large level of uncertainty in the global oil market and increase the geopolitical uncertainty, thus driving up the price of oil. The future of oil prices depends critically on potential supply disruption in the Gulf Cooperation Council countries that could further cutback oil production, driving up prices and constraining growth.

Another factor fueling the run in oil and gold has been the continued decline of the U.S. dollar, exacerbated by the political wars over the nation’s bloated budget deficit and the oncoming debate about raising the debt ceiling of the U.S.

As roughly two-thirds of the U.S. trade deficit is related to oil imports, oil prices have tended to go up as the dollar moves lower. The correlation between oil prices and the value of the dollar calls for a reassessment of when interest rates will be lifted — last week, the European central bank became the first major central bank to hike borrowing costs, partly because high energy costs have pushed up inflation to uncomfortable levels.

By buying back hundreds of billions of dollars in U.S. Treasuries since October, the Federal Reserve has been keeping rates artificially low. In June, this policy of quantitative easing is set to end and could have a major impact on the market. For this reason, we believe that the Fed won’t start to normalize interest rates until at least the first quarter of 2012 as they will want to wait to see how the economy reacts before tightening monetary policy even further.

Bill Gross, PIMCO’s outspoken co-chief investment officer, has been raising alarm this year about who will support Treasuries once the Federal Reserve ends its bond purchase program as scheduled in June. PIMCO has shifted to a short position in U.S. government-related debt in the world's largest bond fund, while also raising cash holdings in a sign of the asset manager's serious concerns about the U.S. fiscal outlook. The portion of PIMCO's $236 billion Total Return Fund held in U.S. government debt, including U.S. Treasuries, was -3 percent of total assets in the fund as of March, down from zero in February, the firm's website showed. Cash equivalents, securities with maturities of less than a year, rose to 31 percent of the fund's assets compared with 24 percent in February.

The budget agreement made last week is only temporary, leaving the next two years for lawmakers to argue about dramatically larger budget deficit issues. Leading up to the 2012 presidential elections, it is likely that both sides of the aisle will continue the sort of dead-lock posturing that threatened to shut down the federal government last week. If that’s true, then getting anything productive done could prove a major challenge. Of course, that could have a couple different implications for the market.

The private sector could say, “hey, we pretty much know not much is going to change over the next two years so at least we know where things stand…” which, could mean a bullish outlook on short term earnings. On the flipside, with long-term policies on Medicare, Social Security, and tax rates up for grabs, we could see business leaders playing it safe on the sidelines until some of these issues are sorted out. In the meantime, with all the domestic uncertainty, the international markets may continue to be a promising arena for growth.