Retirement benefit cost-sharing for employees also on the table 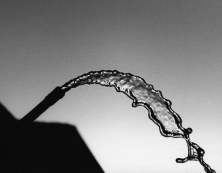 April 18, 2011 (La Mesa) – Metropolitan Water District declared the drought over after heavy winter rains. But Helix Water District' general manager Mark Weston, in a report to the Board, recommends that staff prepare a Water Rate Study which could lead to rate increases in the fall.

The staff report advised the Board to utilize capacity fees in a dry year and not dip into reserves.  Under Weston's recommendation, the study would be based on budget guidelines approved April 6.

In the past, the public has made a vocal outcry against proposals to heavily penalize large water users without regard to family size, lot size, or the need to keep landscaping green for fire-safe reasons.

Kate Breece, pubilc affairs director at Helix Water, told ECM today that the board will not be voting on any rate increase until after Prop 218 notices go out in June, with rates to be set in August at the earliest.

Following weeks of testimony by the East County Tax Hawks circling the Board to encourage cuts in employee benefits, Directors will also hear a proposal to have existing employees pay 2% of the 8% employee portion of PERS (Public Employees Retirement System) retirement for 2011 and 4% in 2012. New hires would contribute 4% into the employee portion of PERS. A 2% cost of living adjustment, or San Diego CPI, whichever is greater for 2011 an 2012, is also proposed. The proposed July 2011 Memorandum of Understanding with the employees association also proposes to discontinue 401K matching of $500.

These are among the agenda items on the Board’s meeting set for Wednesday at 2 p.m. at the Helix Water District headquarters, 7811 University Avenue in La Mesa.

Correction:  An earlier version of this article  stated that staff recommended a 40% increase on tier-3 users.  Breece notified ECM that this was inaccurate and Director Hedberg has clarified that under guidelines to be considered, tier-3 rates could be 40% above rates charged to low-water users, not a 40% increase over current rates. We regret the error.

I initiate your web log from lycos and it is superb. Thanks for substance much an illustrative diary install!

Would like to look at the books. Just to see how much of this increase is to fund the Sand Mining Project. In case any of you though you could use your well as backup, sorry the Water Reinjection Project denies you that option.