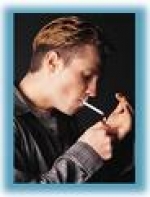 May 8, 2011 (Sacramento)--Assembly Higher Education Chair Marty Block (D-Lemon Grove) has authored legislation that calls on campuses of the California Community Colleges (CCC), California State University (CSU), and the University of California (UC) to enforce local and system-wide smoking and tobacco laws and ordinances already in place. AB 795 would give these institutions the authority to enforce current policies and fine perpetrators.

The measure was overwhelmingly approved this week by the Assembly Governmental Organization Committee.

“California’s college campuses should be healthy learning environments where students do not have to walk through clouds of smoke in order to get to class. The danger of secondhand smoke is clear, yet campus officials are unable to enforce current smoking and tobacco ordinances meant to promote cleaner and healthier campuses,” said Block. “AB 795 gives colleges and universities the authority and tools to enforce current policies and cite those who violate them. I am proud to author legislation that prioritizes the greater public health and reduces exposure to secondhand smoke for students, faculty and visitors on the campuses of our colleges and universities.”

Existing law prohibits the smoking of tobacco products in an enclosed space of employment and within 20 feet of a main exit, entrance, or operable window of a public building which includes public colleges and universities. The law however does not include any enforcement protocols; it simply states that it does not preempt stronger local policies. Many colleges have indicated they are hesitant to adopt stronger policies because they have no way of enforcing the current policies.

Some colleges have gone further than state law, including the Grossmont-Cuyamaca College District, where smoking on campuses is banned.

By adding enforcement language to the existing policies, colleges will have the authority to cite and collect revenue as a form of enforcement.

• Impose a fine for a first, second, and third offense and for each subsequent offence. The amount of fines is to be determined by the local governing body.

• The civil penalty shall not exceed one hundred dollars ($100).

• If a campus adopts the enforcement and fine measures it shall, and the campuses of University of California may post signs stating their tobacco use policy on campus, as follows:
(1) The locations at which smoking or tobacco use is prohibited on campus.

(2) The locations at which smoking or tobacco use is permitted on campus.

• If a campus adopts the enforcement and fine measure it shall, and a campus of University of California may, inform employees and students of the tobacco use policy and enforcement measures employed on their campus.

Funds raised from citing violators may be allocated for the continued enforcement of existing policies, greater education and promotion of the policies, and for tobacco cessation treatment and other anti-smoking programs.

The Center for Disease Control named smoking as the leading cause of preventable death, disease, and disability in the United States. The U.S. Surgeon General concluded there is no risk free level of exposure to secondhand smoke since it contains more than 50 carcinogens. In fact, a U.S. Surgeon General report found that secondhand smoke has immediate adverse effects on the cardiovascular system and increases the risk of coronary heart disease by 25 to 30 percent in non-smokers.

Smokers saturate the air within a 50 foot radius of themselves and it just stinks. Smokers need to quit smoking, nearly a half million people die each year in USA from smoking. People can poison themselves in their own homes or cars or wherever they want, not on public campus.

It is troubling to see Academic Institutions going for bans on "smoking", i.e., the behavior of those who think and are told the stuff is just tobacco.

One would be wrong, sadly, to expect that a college or university would look into the matter to see if bans are justified, or if the "studies" that support the bans aren't fraudulent. Some un-resolved questions:

1) Is it tobacco that does the harm, or is it the many pesticide residues, the dioxin-creating chlorine, the PO-210 radiation from certain phosphate fertilizers, and/or any of the 1400 or so UnTested non-tobacco additives manufacturers select from to cook up their secret recipes?

2) How many groups or persons who advocate bans on the victims of those products are part of the cigarette industry via additives, contaminants, insuring, or investing? We are talking now about some very big pesticide, petrochemical, chlorine, pharmaceutical interests.

3) How many “studies” of harms of “smoking” did the basic, essential step of defining and analyzing what was being researched? Answer: None, apparently. We do not know what was studied.
Was it just tobacco?
Was it any of the brands that contain no tobacco at all but, instead, fake tobacco made in patented ways from assorted kinds of industrial waste cellulose?
Or was it a typical cigarette packed with residues of any of hundreds of tobacco pesticides, with those dioxin-creating chlorine contaminants, with the radiation, and with any of those non-tobacco additives?

5) Many tobacco pesticides are made by top Pharmaceuticals which do not want to be implicated in the liability situation….not to mention the PR disaster. How many Pharms have ever been brought into any “smoking and health” hearings to explain themselves? Answer: Zero

6) Why haven’t all those known carcinogens and toxins, and even burn accelerants, been banned? Because it would open up a monster, long-overdue liability situation for the perpetrators? Because it would indict chlorine, the life (death) blood of so many toxic industries? Because it would spoil the plans by some Pharms to eliminate natural public-domain tobacco from competition to their patented nicotine products? Because it would expose many medical professionals as being complicit or incompetent? Because it would grievously embarrass, if not indict, public officials who let this disaster unfold for decades? Or---all of the above?

7) Where, in legislative debates, hearings, and trials is the question: “How do you know it’s tobacco?”

Google up “Fauxbacco” for an essential collection of references for the points noted here, and more. A lot is in the ‘I-Didn’t-Know-That!” category. Learn that a typical cigarette is more similar to an industrial waste incinerator…except worse due to the complexity and number of harmful substances, and to the delivery method.
One bottom line is---what SHOULD be banned is the manufacture, import and sale of Pesticide Pegs, Dioxin Dowels, and Radiation Rods. The conveniently-“sinful” tobacco plant, like the well-demonized smokers, is being scapegoated for monumental crimes by private industry. The “no-smoking” crusade is an affront to principles of science, medicine, and law.

PS: This is not to say that even the purest organic tobacco is completely safe. Nothing is or can be, even purest spring water.
This is to say that the harms of smoking tobacco have been magnified enormously, off the charts, to the point of virtually inevitable harmfulness, by the non-tobacco adulterants. Ironically, benefits of tobacco (stress relief, appetite suppression, digestive relief, alertness, etc.) remain despite the pollutants. It’s like poisoned water still being capable of relieving thirst.

Why can't this site leave the editing to the writers....instead of cramming all the lines and paragraphs together so densely that they are unattractive to readers?

--- There's usually no victim (except perhaps those with allergies) and never proof of harm done.

--- The laws are arbitrary in that other forms of indoor and outdoor smoke, and even notoriously-harmful industrial air pollutants, are routinely ignored.

--- Laws are justified by studies of "tobacco smoke", but some cigarettes may contain no tobacco at all but, instead, fake tobacco made in Patented Ways from all sorts of industrial waste cellulose. The offending cigarettes are never tested to see if they can deliver this "ETS"...environmental tobacco smoke.

--- Laws are justified by studies of harms of "tobacco smoke" (see previous point) but no studies yet presented analyzed or described what was studied. Was it plain tobacco? Was it cigarettes highly-contaminated with pesticides, dioxin-producing chlorine, radiation from fertilizers, and any of over 1000 untested non-tobacco substances? Or was it the fake tobacco brands?

--- Without acknowledgment of the deadly non-tobacco adulterants, judges and jurors in smoking cases will not be asked or required to recuse themselves if they have bias via economic links to under-the-radar cigarette ingredient suppliers or their insurers and investors. Such judges and jurors have motive to blame the victims and ignore the perpetrators.

--- Criminalizing smoking (the behavior of un-informed, insufficiently-warned, unprotected, defrauded victims) but not prosecuting those who have, in virtual secret, poisoned most cigarettes with some of the worst industrial pollutants on earth is a cruel, perverse injustice.

The writer ran his own paragraph together. We didn't.