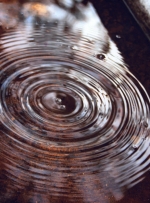 May 24, 2011 (Spring Valley)– The Otay Water District’s (the District) Board of Directors has approved its budget for fiscal year 2011-2012. The budget adopted by the District includes a rate increase of 7.7 percent for water service and a 7.5 percent rate increase for sewer effective January, 2012.

Though the impact of the supply shortage has lessened this year, the region’s wholesale water suppliers, the Metropolitan Water District of Southern California (MWD) and the San Diego County Water Authority (CWA), project a combined rate increase of 10 percent in 2012. The District’s rate increase reflects a 100 percent pass-through from water wholesalers.

One of the most pressing challenges faced by San Diego County water districts in recent years has been the higher cost of potable water from MWD and CWA. The cost of water makes up nearly half of the District’s operating budget and any change in the price of water has a significant impact on the overall budget.

“The District is committed to minimizing the impact of higher wholesale water rates on its customers,” said District Board President Jaime Bonilla. “We are continuing to increase the efficiency of the District’s operations while remaining focused on building the infrastructure necessary to secure diverse and reliable water supplies for the future.”