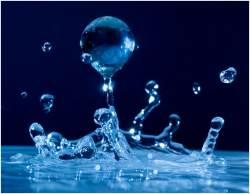 “The water rate increase proposed for consideration for domestic customers ranges from 3.7 to 6.6 percent,” said board member Kathleen Hedberg, who cast the lone dissenting vote for both the preliminary rate changes and preliminary budget.

“I was opposed to the proposed water increases as we had not yet reviewed or approved a budget for FY 2011-12,” Hedberg said in an e-mail to ECM. She also opposed a 23 percent increase in the capitol improvement program. “In response to reduced water demands and current conomic conditions I suggested that we stay focused on critical projects and needs and not build up District reserves for possible future projects,” she noted.

Helix projects its cost to buy water from regional suppliers will increase 16.5 percent over the next year, necessitating the rate increases in the view of other board members. The district has already cut 10% of its work force, though some critics have argued that greater cuts are needed in pension and healthcare benefits for workers.

Helix Water District’s board will discuss the proposed rate hikes June 15 at 2 p.m., with a public hearing slated for August 17. Both sessions will be held at the District’s headquarters at 7811 University Avenue in La Mesa.