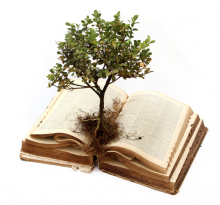 September 27, 2011 (Santee) – The City of Santee will hold a community workshop on proposed changes and long-term financial outlook for landscape maintenance zones currently administered by the City. The meeting is set for Wednesday, October 5 at 6:30 p.m. in Building 7 at City Hall Complex, 10601 Magnolia Avenue.

The City’s 14 landscape maintenance zones encompass 22 acres of ornamental landscaping along major roadways, residential and commercial zones. However, 11 of these have reached the cap on their allowable annual tax assessments—some more than ten years ago.

“The city’s landscape maintenance zones are at a financial turning point,” said Community Services Director Bill Maertz. “Current assessments in most of our zones are not sufficient to cover increasing costs for water, fuel, electricity and labor.”

Maertz says the City can’t subsidize the underfunded maintenance districts with its General Fund, which since 2008 has been hit by declining property and sales taxes. Public safety, such as police and fire services, are the priority for General Fund expenditures.

The purposes of the meeting is to explain the financial outlets to those paying assessments that support landscaping maintenance, and to outline some options, said Maetz, who will host the meeting along with Finance Director Tim McDermott. “The City is not advocating for any particular solution. It’s up to the community to decide what course to take.”

In anticipation of rising costs, the City hired a consultant in 2009 to study ways to put the districts on a path to fiscal solvency without sacrificing quality of landscaping. The consultant, Schmidt Design Group Inc., produced a report in August 2010 that identifies ways to reduce water usage while maintaining attractive landscaping along major streets and in neighborhoods, a release issued by the City states. T

The estimated capital cost for installing improvements would range from $557,314 for basic upgrades to $1.6 million for those with greatest visual impact, amortized up to 10 years. Costs would be offset by savings in water bills over time.