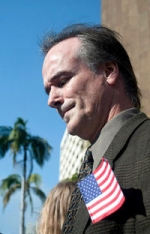 "When you get presidential candidates saying that the first thing we should do is take a bath, and then go get a job, they really don't understand the movement." – Mike Garcia
January 2, 2012 (San Diego) – Even though the Occupy Movement has lasted for more than three months now, most people do not comprehend the importance of the movement or understand what the protests are even about.

On December 19, I sat down with Mike Garcia at Downtown Johnny Brown's at the Civic Center Plaza. Garcia is a La Mesa resident and Committee Member of Occupy San Diego (OSD). I asked him some straight-forward questions. His answers were eye-opening and offered insight into what OSD is all about, its struggles and its evolutions-- and how he first became involved in early October.

The corporate media has notcommunicated the opinions of the protesters very accurately.  Perhaps that’s because this movement has confronted the greed of corporate America and many of those corporations are the same owners and sponsors of mainstream American media outlets.
Some media outlets marginalize the occupations by choosing to portray them as violent thugs, homeless transients, people with mental illness, stoners, anarchists, and bohemians. Although the occupations have those elements in their camps, that is not the DNA of the average protester.
Garcia stood out to me right from the beginning in his business suit. I thought to myself, "This guy seems different. I wonder what his story is…"
This is his story.
"I spent a dozen years in the mortgage industry," said Garcia. "During the run-up of the housing market I was just as much caught up and seduced by the money and what happened with the mortgage industry as everyone else. But I could see where things were headed, and it made me very uncomfortable."
Garcia, disillusioned with the industry in which he worked, began searching for something more fulfilling. He worked on his own as a loan modifier, trying to assist borrowers in modifying their loans so they could save their homes, and later as a substance abuse counselor. This search eventually led him to Occupy San Diego.
Occupy Wall Street began on September 17 in Zuccotti Park, in New York City. The movement learned from the protests in the Middle East and took advantage of the power of social media to spread their message.
"One of the things about the social media is that it has changed the nature of protesting and the effect thereof," explains Garcia. "In the Civil Rights 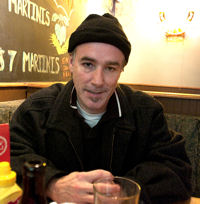 era it took years, and years, and years, and a lot of bloodshed in order to affect that kind of change that eventually happened. Now things happen so fast … It's also made it global. A lot of people don't understand that this is not just happening in America … Mohammad Bouazizi was the 26-year-old fruit vendor in Tunisia who was stopped from selling his fruit because he didn't have a license. So he couldn't make a living for his family. So he set himself on fire [on December 17, 2010]. And that brought forth the change, the protests that happened in Tunisia, which spread to Egypt, which spread to Libya, spread all over the middle east and it came here in that form at exactly the same time as those protests in Wisconsin. They happened simultaneously as Egypt and Tahrir Square were happening in one picture, and in the other picture was the protests in Madison [Wis.]. So, social media has really accelerated what can be done, and the effectiveness, and made it global … But in essense, those people in Tahrir Square were not just taking on their local government, they were taking on the United States by proxy."
"I had been reading about what had been happening in New York," he explained. "And then one day, a group of protesters marched by my office, I had no idea really who they were, but I heard rumblings that there was an extension of Occupy Wall Street in San Diego. I picked up my cell phone, I started filming. On my birthday, October 5, I went to my first meeting … and I've been a part of movement ever since … I've been filming, and writing, and working with committees."
Garcia is now one of the core members of OSD. There are approximately 125 to 150 members that can be rallied in short order for any action called. Of these, about two dozen are 24/7 occupiers who remain on-site at the Civic Center Plaza. 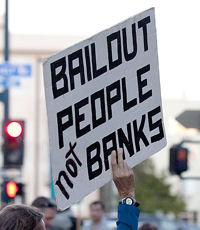 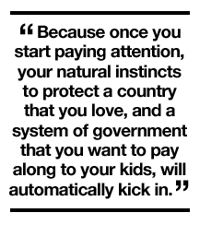 Garcia summarized his view of the Occupy Movement in this way. "There is no question that our system of government no longer functions that way our founding fathers put it together. And, the evolution of the corporation, identifying itself as a person, when the actual only reason a corporation exists is for profit, has made it so actual people have much less of a function in this country, and therefore have no control over what our founding fathers put together. And it has morphed and mutated into something that they wouldn't even recognize. And, becoming a participant, even if it's in what you might consider the smallest way, has tremendous effect. You don't necessarily have to come to the occupation, you certainly don't have to spend the night, you don't have to pitch a tent, all you really have to do is start paying attention. Because once you start paying attention, your natural instincts to protect a country that you love, and a system of government that you want to pay along to your kids, will automatically kick in. If you just start paying attention."
I had thought to myself, "This guy seems different. I wonder what his story is…"
Now I know. So do you.