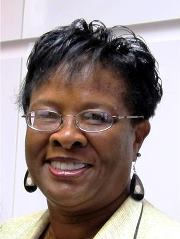 January 6, 2012(San Diego) -- Community leader and educator Pat Washington has announced she is running for the 79th State Assembly seat.

“I have worked with San Diegans and for San Diego for a long time to help make this city a better place for us all. Through my leadership and activism, I have helped promote educational access, equity and opportunity for local youth and have bridged communities across the San Diego Region.  I am proud of the work I have done at the local level, and I now want to fight for our hard-working families at the state level.”

According to Professor Isidro Ortiz, “Pat Washington is an acknowledged champion for local youth and their families.  Whether fighting for the admission of local students denied entrance to SDSU or for the adoption of the ‘college- and vocational career- ready’ A-G curriculum for all students in the San Diego Unified School District, Pat has demonstrated she has the ability, experience, and commitment to ensure that the needs of our children and youth are addressed in the policy-making process. Her leadership has earned her the support and trust of San Diego families,  a coalition encompassing communities ranging from African Americans, to Latinos, to Filipinos, to LGBT  and others.”

Washington’s campaign kickoff will be held from 2:30 - 4:30, Sunday, January 8th at the Hub Neo Lounge, 6381 Imperial Ave, San Diego, next to the Imperial Barbershop. Mario Lewis, owner of the barbershop, invited Washington to have her campaign kickoff at this iconic Southeastern San Diego location, because of her demonstrated commitment to social justice and community service.   “As co-founder and president of 100 Strong, I know the importance of giving back to the community and providing resources and services,” Lewis says.   “I can’t think of anything more fitting than for Pat Washington to launch her campaign from the Imperial Barbershop, which is itself a community resource.”
At the campaign kick-off, Pat Washington will be announcing a growing list of over 75 community leaders that have endorsed her campaign for state assembly. Free food, childcare and entertainment will be available.  The event is accessible and open to the public, and sign
language interpretation will be provided.
Other candidates in the race include Democrats Dr. Shirley Weber, former trustee on the San Diego Unified School District board, activist Sid Voorakkara, and Chula Vista Councilman Rudy Ramirez.  (Update: Republican Mary England, a Lemon Grove Councilman, declared on January 11 that she will also run.)
Please go to  http://www.pat-washington-for-assembly-2012.com/ for more information.