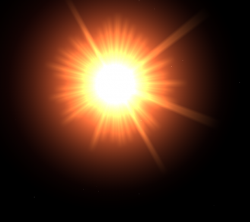 Updated January 20, 2012 to include SDG&E's response to the CPUC decision.

January 18, 2012 (San Diego) – A controversial proposal by San Diego Gas & Electric (SDG&E) to impose a “network use charge” on homeowners and business owners for rooftop solar production has been rejected by the California Public Utilities Commission.

“Thankfully, the CPUC saw through the utility’s distortions,” Supervisor Dianne Jacob said in a statement issued today.  Jacob said the proposal was unfair and that it was “designed to kill off competition from solar providers."

She added, "San Diegans should never forget how SDG&E forced struggling public agencies to spend time and attorney’s fees fighting an illegal plan crafted without any input from the people impacted by it.”

Critics of the plan contended it would threaten 25,000 solar jobs statewide and cause the average solar homeowner to see a 228 percent increase on their utility bill.  Agencies such as water departments and schools with rooftop solar would have seen similarly hefty rate hikes had the plan been approved.

Numerous East County residents testified against the measure at a CPUC hearing in El Cajon late last year.  The plan was also opposed by Supervisor Dianne Jacob, the City of San Diego, the Utility Consumers Action Network (UCAN), the San Diego Solar Coalition, the CPUC’s own Division of Ratepayer Advocates, and other groups.

The CPUC today rejected SDG&E’s arguments and found that the plan amounted to a new fee illegal under state law.  CPUC ordered SDG&E to submit by February 17 a revised rate design proposal and updated testimony that does not include the network use charge.

“Commissioner Ferron acknowledged the issue we are trying to address with our proposal is much broader than a single utility,” Lee Schavrien, senior vice president of finance, regulatory and legislative affairs for SDG&E, said of Commisioner Mark J. Ferron’s decision. “Not only are other investor-owned utilities in California facing the same challenges due to flaws in the current electric rate structure, other utilities across the country are wrestling with similar issues,” he added. “We believe the CPUC and the Legislature are concerned about the existing cross-subsidy and encourage them to take action on a proposed solution sooner rather than later.”

Schavrien maintained that net energy metering customers are being “subsidized” by non-solar customers and said that’s not sustainable long-term. “The current net energy metering structure can easily result in many customers who have rooftop solar paying no bill at all, yet having access to all of the reliability, storage and access features of the grid. This is a situation that is not sustainable and requires a broad set of stakeholders to collaborate on a fair and effective solution.”

He noted that SDG&E recently launched a collaborative effort in San Diego with stakeholders on both sides of the solar issue including solar customers, consumer advocate, businesses, municipal agencies and city/county representatives to seek “creative solutions” to this problem. “We will, of course, respect the Commissioner’s order to revise and re-file our application and testimony by Feb. 17, 2012,” he concluded, adding that “SDG&E supports solar access for all our customers, as clearly demonstrated by our recent filing for the “Share the Sun” and “Sun Rate” pilot programs.”