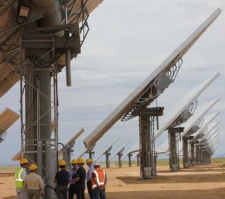 BP and Amonix seek to reap the sun in East County

January 22, 2012 (Jacumba) – Jacumba, a high desert town with a population of just 561 in the last census, now finds itself at “ground zero” for major energy projects.  Already, adjacent and formerly protected federal wilderness areas have been approved by the Department of the Interior for massive wind turbines 40 stories tall.

Now, BP Solar –part of the BP corporation made infamous by the Gulf  Coast oil spill, wants to build a massive solar farm on the outskirts of Jacumba. So does Amonix, a major solar corporation. Together, the two solar facilities would cover over 1,300 acres—roughly the size of Balboa Park (1,200 acres), over two square miles.

But many rural residents are far-from-pleased about these new prospective neighbors.

“Almost everyone is against it,” says Mark Ostrander, chair of the Jacumba Sponsor Group, the planning group for the community.  “When all this is said and done, the landscape will be significantly different.” 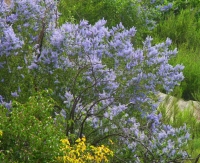 The Sponsor Group will hold a public meeting on January 31 at  6 p.m. in the Jacumba Library, 44605 Old Highway 80, Jacumba, with the solar farms as hot items on the agenda.  But ultimately, the group has only advisory power. Ultimately authority rests with County Supervisors for the solar farms, facilities which typically scrape bare the earth of vegetation and wildlife habitat.

A separate but related hearing will be conducted January 24 by the California Public Utilities Commission in Jacumba on SDG&E’s proposed ECO power substation, which would connect up power lines to the numerous solar and wind farms planned for the region.  The CPUC hearing will take place at the Jacumba Highland Center, 44681 Old Highway 80 in Jacumba from 6-8 p.m.

“If you care about the backcountry, and the people and wildlife that live here,” Boulevard Planning Group Chair Donna Tisdale wrote in an e-mail last week, “come to speak at the PUC’s ECO Substation hearing.” She attached a map showing the cumulative impact of multiple massive projects proposed—and her map doesn’t include some smaller-scale solar farms p 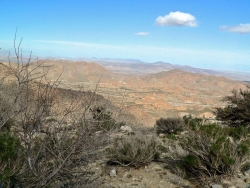 A proud American, Ostrander is saddened by destruction of some former wilderness areas that has already occurred with construction of Sunrise Powerlink through what’s now a designated federal “energy corridor” and the prospect of massive wind farms well along in the planning phases.

Now, solar farms threaten to take even more of the remaining open space away on private lands, a move he believes is bad for wildlife as well as residents.

He is all for renewable energy.  But not this form – and not when multiple massive projects threaten to surround a small town and destroy the wilderness experience on some of our region’s last large tracts of wide open spaces. 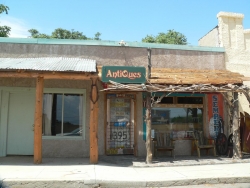 We are at ground zero out here for projects,” he says. “I’m devastated by what I’ve seen done already on federal lands.”  He voiced disillusionment with state and federal officials who promote industrial-scale wind and solar projects as means to address global warming instead of smaller-scale solutions, perhaps not seeing the devastating impacts on communities like Jacumba and the public lands that outdoor enthusiasts in East County have long enjoyed.

Tisdsale said the proposed Amonix solar project is adjacent to land already purchased for Anza Borrego Desert State Park and includes critical habitate for the Quino Checkerspot Butterfly.  But she is most concerned about the loss of wilderness, open spaces, and the rural lifestyle in her region.  “There are some who inexplicably seem to support the unnecessary industrialization of the backcountry in the name of climate change,” she said.

Instead, she would like to see Jacumba consider having its own micro grid, such as SG&E is doing utilitzing grant money in Borrego: http://events.energetics.com/SmartGridPeerReview2010/pdfs/summaries/12_sDG-E_Borrego_Springs_Microgrid.pdf

There are also questions raised about the character and stability of the companies that want to build the solar farms here in East County. 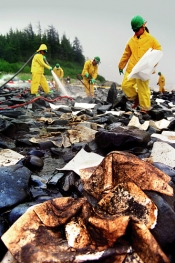 An article published today in  Britain’s Financial Times notes that “the future of BP hangs in the balance” due to a trial underway in New Orleans to resolve dmage claims from the Deepwater Horizon oil spill disaster in 2010.

Last week, financial analyst Morgan Stanley predicted that there is a 70-80 percent chance of a pre-trial settlement between BP and the U.S. government in which BP would pay $20-$25 billion to resolve federal actions and, perhaps, avoid criminal charges that the Justice Department has threatened to file.

Amonix, a leading player in utility-scale solar production, has a better reputation.  But a few days before Christmas, its chief executive officer, Brian Robertson, was killed in a plane crash while traveling to visit family over the holidays.  Robertson had previously co-founded Sun Edison LLC, reportedly the largest solar energy services provider in North America, and later Sunworks Solar LLC, which was acquired by Amonix in 2009.  A graduate of Massachusetts Institute of Technology (MIT) with an MBA from Harvard Business School, his death has been lamented by Senator Harry Reid, who said, “He and his company have been great for Nevada by investing in solar energy.”

Roberts’ death raises questions of who will fill the leadership void and whether the company’s financial success can be sustained long-term.

Advocates of large-scale solar farms in industry and government contend that massive projects are needed to counter global climate change.  In California, the state has mandated that utility companies obtain hefty percentages of their power from renewable energy sources such as wind and solar, fueling the drive for alternatives to fossil fuels such as oil, gas and coal. 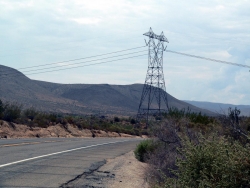 But residents of Jacumba, Boulevard and other backcountry communities are asking how many energy projects should one rural region be expected to absorb?

A cumulative map of the largest industrial-scale energy projects proposed in East County puts those concerns in clear perspective.

Soon, hamlets once in danger of vanishing altogether as ghost towns in the down economy may become hubs in gargantuan power-production centers--but at what cost to the residents and tourism who have long valued the solitude and scenic vistas in this region?

I have always been a fan of solar power above all others. As the price continues to drop more and more individuals will become truly energy independent. It may not be time yet, but we are close to the time when abundant solar energy will be available to all.