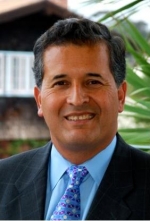 Update February 1, 2012:  SB 810 narrowly failed on reconsideration. After reportedly receiving thousands of call urging him to support the bill, Vargas ducked the issue and did not vote.

January 30, 2011 (San Diego) – State Senator Juan Vargas, a former insurance industry executive who has taken massive donations from the insurance industry, may cast the deciding vote Tuesday on whether or not millions of Californians will receive  guaranteed universal healthcare and dental care coverage.

Senate Bill 810 passed committee, but fell two votes short in the Senate.  A new vote is  sought before tomorrow’s deadline for passing all Senate bills and sending them on to the Assembly.

The bill would not set up a government-run health 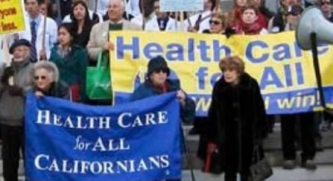 care system. It would let people keep their private physicians; doctors and hospitals would continue to be run privately. The bill aims to costs, however, by setting up a single-payer system that limits administrative costs to 5%; currently many insurance companies have administrative costs up to 30%.

All Republicans oppose the bill.  All but four Democrats voted to the measure.  Two more votes are needed for passage—and Vargas is one of the holdouts.

That could prove costly for Vargas, who is running for Congress in hopes of filling the seat being vacated by Bob Filner (who is running for Mayor) in the 51st Congressional District, which after redistricting will include substantial portions of southern East County.  Vargas faces a primary challenger in former Democratic State Senator Denise Ducheny.

Single-payer universal health care is written into the California Democratic Party Platform.  Now some delegates to the state Democratic Convention, slated to be held the second weekend in February in San Diego, are seeking to hold Vargas accountable if he votes against the bill—or abstains from voting at all.

Vargas won last week’s endorsement by delegates in the local party.  But now, some disgruntled delegates are threatening to challenge his endorsement at the state party convention—asking that the endorsement be pulled off the consent calendar if Vargas fails to vote for SB 810, a party insider has informed ECM. While the procedure to block a state party endorsement is difficult, the mere raising of the issue could be costly to Vargas among the party faithful.

For his Congressional campaign, Vargas has accepted some $140,000 in insurance and pharmaceutical contributions.  To win his State Senate race over fellow Democrat Mary Salas, the California-based watchdog group Campaign for Consumer Rights reported that the insurance industry bankrolled front-groups which have collectively spent at least $1.46 million to defeat Salas and elect Vargas.

“California is being overrun by out-of-control health care costs, which have a significant impact on families, businesses and the state budget,” says Senator Leno (D-San Francisco), author of the bill. “Health care premiums in the last few years have grown five times faster than our economy.”

SB 810 would create a public-private partnership to guarantee that every Californian would be entitled to medical, dental, vision, hospitalization and prescription drug benefits, while retaining freedom to choose their own doctors and hospitals.  Far from losing benefits, most Californians would have access to far more healthcare coverage than at present.

How would the bill be paid for?  The author’s website states studies have shown that the state would actually save a projected $8 billion in the first year after passage of SB 810 by helping to reduce skyrocketing healthcare costs through reducing overhead while expanding coverage for patients.

It has faced opposition from the insurance, hospital and pharmaceutical industries, as well as by chambers of commerce representing those industries. The primary arguments against the bill have been potential loss of jobs and profits from reducing the allowable administrative/overhead costs.  Others oppose any government involvement in healthcare, even solely for administrative purposes (the government would not run hospitals or healthcare programs under the bill).  Some critics have also voiced skepticism over the cost savings projected.

If Medicare is any indication, however, significant cost savings can be achieved by cutting overhead. Medicare currently has a 3% administrative cost, compared to up to 30% in the private insurance industry.

Federal healthcare reforms, which are gradually being phased in, allow states to provide alternative healthcare options as long as coverage for patients is no less than required under federally-mandated minimums. The proposed California law would provide far more expansive coverage.

Supporters of SB 810 are urging voters to call Vargas and the other hold-outs.