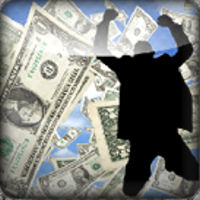 February 15, 2012 (Washington, D.C.) -- Two San Diego Congressional representatives, Susan Davis and Bob Filner, have taken steps to clean up the secret money plaguing our political system.  Both Democrats have joined colleagues in cosponsoring the Disclose 2012 Act (H.R. 4010) to require disclosure of the corporate and special interest money in politics.
“We need to restore accountability in our political process,” said Rep. Davis. “The Supreme Court essentially ruled that corporations are people.  If everyday Americans must disclose their contributions, then what is good for the average American is good for corporations, lobbyists, super PACs and other special interests.  The American people have the right to know who is influencing their elections.”
The Supreme Court’s decision in the Citizens United case opened the floodgates to unrestricted special interest campaign spending in American elections—permitting corporations to spend unlimited funds, directly or through third parties and political action committees organized for those purposes, to influence federal elections and opened the door for the emergence of super PACs.
To hold more campaign spenders accountable, the Disclose Act 2012 will:
In the last two years, super PACs raised about $181 million— with roughly half of it coming from fewer than 200 wealthy people and roughly 20% from corporations.
The bill is supported by organizations dedicated to government reform including Common Cause, Democracy 21 and Public Citizen.
The Disclose Act has been assigned to the House Judiciary Committee. San Diego Republican representative Darrell Issa is a member of that committee, but has not yet indicated how he will vote on the measure.