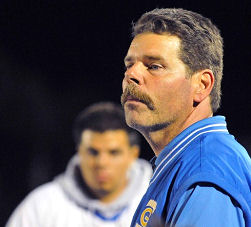 According to the San Diego Union-Tribune, Murphy is survived by his wife of 27 years, Dani; daughter Whitney, 24; sons Jordan, 21, and Luke, 19; and granddaughter Kennedy Antoinette, 6 months.
"I was impressed with his passion about life and devotion to kids and must say that he exceeded my expectations in every way," former Grossmont principal Theresa Kemper, who hired Murphy as a coach and special education teacher said, Patch.com reported. “He was better than good at both; he was great.”