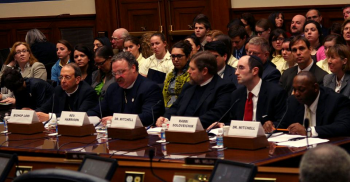 It would allow employers to design their own healthcare plans under the Affordable Care Act and   to exclude any “specific items or services” that are “contrary to the religious beliefs or moral convictions of the sponsor, issuer, or other entity offering the plan.”

For example, a business owned by a Jehovah’s Witness who doesn’t believe in blood transfusions could deny employees coverage for life-saving treatments. A Christian Scientist who opposes medical intervention for conditions such as diabetes, cancer or a ruptured appendix could refuse to provide healthcare coverage for workers with these grave conditions.

Similarly, an employer could refuse to offer coverage for circumcisions of Jewish employees’ children, or Viagra to treat male impotence.

The overt targets of the legislation, however, are women—the latest in a barrage of efforts by conservative Republicans in Congress to restrict women’s access to birth control as well as abortion services.

Presidential candidate Rick Santorum recently suggested that women use aspiring for contraception by putting it “between their knees.”

in the House, meanwhile, an all-male panel of Republicans held a hearing last week on contraception and women’s health.  The panel refused to allow a single woman to testify.  San Diego Republican Congressman Darrell Issa, who chaired the hearing, later claimed Democrats submitted names too late. 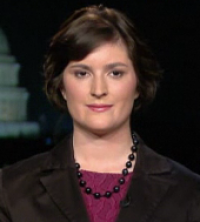 One woman denied the right to speak at the hearing was Sandra Fluke, a law student at a Jesuit college, Georgetown University.   Birth control is not covered for students there.  “My testimony would have been about women who have been affected by their policy, who have medical needs and have suffered dire consequences,” she later said.

In an MSNBC interview, she added, “I was so stunned when Chairman Issa made the decision to not allow me to speak…and to say that I was not an appropriate witness and that those women’s stories were not appropriate for this committee...I cannot think of who would be more appropriate for the committee to hear from than the women who are affected by this policy, whose lives were affected.”

House Democrats later announced plans to hold their own hearing to allow Fluke to testify. But Republicans in control of the House refuse to allow that testimony to be televised, making clear their real agenda is to silence women’s voices on an issue impacting women across America.

Boxer e-mailed a photo of the all-male panel at the Issa hearing to constituents and supporters with a note reading, “I am amazed that now, in 2012, Republicans would have us go back to the medical dark ages. This dangerous amendment is a broadside attack on health care coverage for all Americans—and it’s an even more egregious attack in the GOP’s War on Women.”

A petition titled “One Million Strong for Women”  has been launched by Boxer and other opponents of the measure.   Men and women concerned about the Blunt Amendment’s impacts can sign at http://www.democratsenators.org/o/44/p/dia/action/public/?action_KEY=369&track=OMFW_BB_201202_2&tag=OMFW_BB_201202_2 . So far, a quarter of a million people have signed.

Republicans have mustered up 37 cosponsors of the Blunt amendment.  Thus far, no members of San Diego’s Congressional delegation have signed on.

The Catholic church objected to a provision in recent healthcare reform legislation that would have required Catholic-owned businesses (though not the Church itself) to provide coverage of contraception services to its employees.  Polls have found that the overwhelming majority of Catholic women of child-bearing age use birth control, even though the practice is barred by the Church.

But allowing employers who employee people of other religions to decide what services should be covered—or not—can be a very slippery slope.  Limiting such options to only one religion would undoubtedly be deemed unconstitutional.  Opening the door for every belief to impose healthcare restrictions, however, could lead to life-threatening consequences for not only women in high-risk pregnancies, but also men with common medical conditions such as cancer or diabetes.

It also raises questions of privacy—and whether an employer should have the right to dictate what medical care an employee may receive, or at least have covered by the employer’s insurance.

Congressman Blunt, author of the amendment, has posted a statement on his website claiming that the  amendment “simply restores conscience protections that existed before President Obama’s flawed health care law – the same protections that have existed for more than 220 years since the First Amendment was ratified.”

Constitution Daily, a publication of the National Constitution Center, ran a fact check on Blunt’s statement and concluded, “We checked the Constitution, and…

“From the very founding of the Nation, the Constitution has been understood to protect private religious beliefs from government intrusion. The same is not true for private moral values or convictions. Senator Blunt’s Amendment…would appear to insulate a wide range of private moral choices about public policy–at least on health care–from government regulation. It thus may be changing the terms of constitutional debate over the government’s powers under the new Affordable Care Act.”

The ACLU, which has launched a petition calling on Americans to oppose the measure, had this to say:  “The radically broad Blunt Amendment would roll back access to birth control. But that's not all. Coverage for maternity care, testing for HIV, mental health services, screening for cervical cancer — any or all of these services could be denied to people if this dangerous measure were to become the law of the land.”