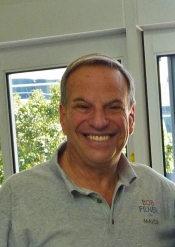 February 24, 2012 (San Diego) -- What if San Diego produced its own electricity with solar on rooftops and parking garage covers?  Imagine if San Diego became its own utility provider—instead of SDG&E.

That’s exactly what Congressman and mayoral candidate Bob Filner proposed in a brainstorming session with top regional experts at part I of “Forging a Sustainable Future.”  (Part II takes place March 3-4 at San Diego State University. Filner will be among those speaking.)

The implications of his proposals are staggering.

Could ratepayers/taxpayers say “no” to more massive and destructive wind and solar projects proposed by SDG&E in our backcountry areas?  What if ratepayers —not Sempra shareholders—pocket profits?  Would San Diegans just say “no” to sticking ratepayers with the bill for wildfires caused by SDG&E’s poorly maintained lines?  Better yet, insist on proper maintenance for the future?  Maybe we could even reduce rates in a region paying the highest utility rates in the nation.

Filner, a former science teacher, called for a “rational, science-based approach” to energy issues. He believes climate change needs to be addressed—but not the way that SDG&E wants to criss-cross our region with towering high-voltage lines and skyscraper-sized wind turbines.

“We’re going to do what we can in San Diego,” he said, noting that a power grid system centralized around fossi fuels and powerlines from Arizona left San Diego vulnerable during the recent multi-state blackout.  Then he posed an intriguing questions.

“What if we decentralize and reduce dependence on fossil fuels?”

An audience member asked, “You mean going off grid?”

Filner confirmed, “We’re gonna do it. It can’t happen overnight,” he said, then added with a can-do tone, “We are a high-tech capital…That’s what we’re going to do.”

Moreover, Filner predicted, “I think this mayoral race will have national ramifications.”

If elected, Filner said he would make environmental designer Jim Bell his “czar of energy.”  Bell has crunched the numbers and come up with a plan to power the San Diego region 100 percent through solar on rooftops and by covering parking lots with covers topped by solar panels.  Utilitizing buildings and land already impacted makes more sense than paving over the desert or erecting wind turbines in formerly protected federal wilderness and recreation areas, both believe.

He added, “On my first day in office I can mandate,  I think, solar power on public buildings. That can create jobs,” as well as setting a positive example, he observed.

A student stood up to speak.  “The American dream is slipping out of our hands,” he said. “Nobody’s got a job anymore….We can eliminate some of our social problems if we teach people how to live …if we were to build homes that are sustainable, with recyclable materials, off grid with a food forest…”

Filner replied, “What if Jim designed a City Hall that could do that?”  Such a City Hall could be a showplace for the region and the nation, potentially.

He added that Bell’s plan for a sustainable San Diego would created hundreds of thousands of jobs as well as energy sustainability.  Bell also has devised plans for water sustainability and more for the San Diego region.

As for the coastal communities, where rising sea levels from melting polar ice caps could cause flooding in the future according to predictions by scientists at UCSD and Scripps Institute, Filner observed, “If we’re going to save our beaches, we’ve got to get our heads out of the sand….SANDAG does nothing to decrease greenhouse gasses,” he said, referring to the San Diego Regional Association of Governments. “It’s ridiculous.”

Noting that SANDAG has 18 individual cities but that votes are weighted to give San Diego an edge, he noted, “I will have 40 percent of the vote. If I unite with maybe one other, we can change it.”

Filner replied, “We can do stuff like this locally and become a beacon of the nation. “

He wants to bring people together again—starting with part II of Forging a Sustainable Future March 3-4 at SDSU.

The Congressman who hopes to be mayor praised those present , concluding, “We could come up with enough great ideas in this room to keep us busy for decades….We’re going to take what is practical and doable…and we are going to be successful. “ In conclusion, he pledged, “We will work so quickly that it will be amazing.”

Forging a Sustainable Future is sponsored by United Green, a nonprofit division of Heartland Coalition, publisher of ECM.  Tickets for ECM subscribers, staff, volunteers and sponsors are $35 (discounted from $95).  Student admission is also $35.  For tickets and details, visit http://www.eastcountymagazine.org/sites/eastcountymagazine.org/files/images/banners/ForgingaSustainable-flyer-2012_0.png

The only thing creating a municipal utility will do is create a bunch more unionized public sector jobs with an accompanying pension systems - all of which ratepayers/taxpayers will be on the hook to pay for. Sounds like more of a political payoff for Filner's buddies than anything else.

Furthermore, the very suggestion of removing SD county from the larger grid shows Filner's total ignorance on the subject. Being a part of the grid means both economies of scale and reliability for customers. Right now with San Onofre offline, power is being imported from other parts of the grid. Without it, we'd be in the dark. Under Filner's plan, that's exactly what will happen if a disaster hits the area.

I'd be honored to work with Mayor Filner's team and as the City of San Diego's Energy Czar and in that position, all renewable energy options would be up for consideration. Primarily, each option would be judged by its cost-effectiveness and its life-support system-effectiveness.

Implementing the plan will also create over 400,000 of job-years of employment during its implementation period. Additionally, the plan requires zero ratepayer or taxpayer subsidies and utility customers don’t have to put up any out-of-pocket money to benefit from it.

Thanks for this great article. Couldn't agree more.

I agree 100% that PUBLIC utilities should be owned by the community, the PUBLIC. I've written three OpEds in East County Magazine (see below) focusing on SDG&E's exploiting its monopoly status to gouge the public and also mentioned that during the energy crisis of 2000 Los Angeles and Sacramento, two community-owned utility companies, experienced no brown-outs or black-outs and LA even made money for its citizens by exporting energy. Sacramento's PUBLIC utility has even won the highest award from JD Powers for customer satisfaction.

However, I disagree with solely focusing on solar power, at least as currently dimensioned. Spain has a large solar facility that uses some type of underground liquid to retain the heat and generate power when overcast or night. We still should explore windfarms where feasible (consult with ecologist) and convert every landfill to capture methane. In addition, we should encourage people with tax rebates to use cool roofs, that is, roofs that reflect sunlight and save on air-conditioning. My main point is that I support renewable green energy; but all forms and not just one.