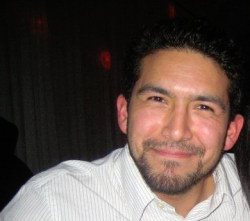 He was last seen by his sister, who reported he was sitting on a ledge above a cave where he and hiking companions had ventured to escape the heat.

Over 300 Sheriff’s Search and Rescue personnel from four counties, including specialized cave and mine teams, took part in one of the largest search efforts in county history, the Sheriff’s office has stated.   The search continued for seven days after Pino was reported missing at a cost of $1 million.

But Pino’s mother, in an interview with ECM news partner 10 News, said she believed her son was in the cave where he ultimately was found.  She told 10 News she implored searchers to search the cave.

“I was crying and pleading with him, “My son. He’s there’, but he hung up on me,” Martha Pino said.  A tapping noise was reportedly heard days after his disappearance as search and rescue crews combed the caves.

After the Sheriff’s office gave up on the search, the family hired a private detective who located the remains of Pino, who was a psychology student at the University of San Diego.  The body was found by lowering a video camera into the crevasse.

“It’s something they failed to do,” she said of the Sheriff search not lowering a camera into the abyss to see what was inside.  “It was negligent.”

According to the Sheriff, Pino was fond at an angle in a small shaft approximately 60 feet below one of the mud caves.  “The opening was only a foot wide. Mine experts labored for 12 hours to extricate Guillermo from the shaft,” the Sheriff’s release states. “The difficulty of removing Mr. Pino’s body demonstrated the extreme challenges faced by rescue personnel.  We paid great attention to every lead without unduly endangering our Search and Rescue volunteers.  We are sorry for the Pinio family’s loss and hope that the recovery of their son’s body helps provide closure.”

An autopsy found that Pino died of asphyxiation, or suffocation, due to the position he was in at the bottom of the crevasse when located, according to the Medical Examiner. Time of death was not determined.

Pino reportedly did not have water, food, flashlight, cell phone or jacket with him when he disappeared.  The tragedy serves as an important reminder for hikers in all backcountry areas to be prepared; these items can be life-savers.

A closed casket vigil is set for 4-8 p.m. today at the Clairemont Mortuary, 4266 Mt. Abernathy Ave. A rosary service will be held at 6:30 p.m.  Tomorrow (Tuesday) at 10:30 a.m., a mass service will be conducted at Saint Gregory the Great Catholic Church, 11451 Blue Cypress Drive, San Diego.  A funeral will follow at Glen Abbey Memorial Park , 3838 Bonita Road in Bonita.