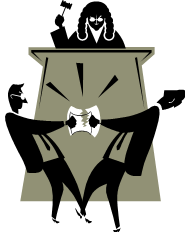 Some of the remarks appear to violate California’s judicial canon of ethics, which prohibit judges from discussing pending cases including cases which could be appealed.  The rules also require judges to maintain impartiality, avoid the appearance of bias, and refrain from political activities.

Use of social media by judges and attorneys is among the hottest ethics issues today in the legal profession, according to Wendy Patrick, a legal ethics expert.

At a panel on legal ethics presented by Thomas Jefferson School of Law in San Diego in April 2011 (Miller's alma mater), Justice Richard Huffman of the Fourth District Appeals Court told attendees that "it is unethical to publicly discuss any pending case, whether it is yours or not. Social media is becoming a problem for judges who should ask themselves - `what does this look like?'" He reminded those present that "a judge must disclose any fact where a reasonable person may believe a judge cannot be impartial."

While serving as Judge Pro Tem, Miller discussed facts of a case in mid-hearing. The dispute involved two sisters suing each other over an attack.

“One was in post pardum [cq] depression and living with her own husband and family at the home of the other sister’s ex husband who is/was not paying child support,” Miller wrote, among other personal details of the case divulged.  He likened the scenario to the Jerry Springer or Judge Judy televisions hows.

After winning a custody case in which he represented the father, he referred to the mother in these derogatory terms: “This mom was a piece of…” 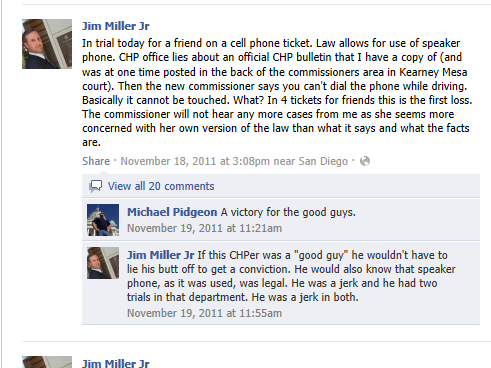 He also blasted law enforcement.  “If this CHPer was a “good guy” he wouldn’t have to lie his butt off to get a conviction,” Miller said of an officer who testified in cell phone ticket case that Miller handled for a friend.

He went on to complain that “The commissioner will not hear anymore cases from me as she seems more concerned with her own version of the law than what it says and what the facts are."

Miller even criticized judges, a taboo in the legal profession.

“I bet you didn’t know that the CA Supreme Court a few days ago wiped out a century of law that protects those injured in accidents and handed billions to the insurance industry,” he wrote, calling the decision a "low point”  and a “horrible decision.”

He railed against a PETA lawsuit against Sea World, noting “I hope the judge who gets this case tosses it out as fast as procedure allows.”

Miller criticized Governor Jerry Brown for a bill he signed, noting, “I don’t know the constitutional rational for granting it.”  He slammed President Barack Obama for not deporting illegal immigrants. He also expressed political views on the  war and on Pakistan.

In addition, Miller took pot-shots at his opponents as “retread government lawyers.”

To say that Miller and Amador have run a less than amicable race would be a severe understatement.  Amador filed a lawsuit against Miller over claims made in his ballot statement; Miller in turn has accused Amador of committing perjury. 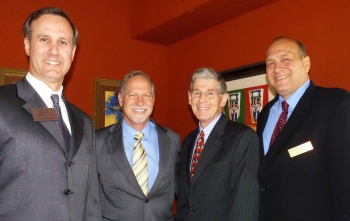 Amador contacted ECM yesterday to state that during an interview with the UT San Diego editorial board at which all three candidates were present (Amador, Miller, and George Schaefer),  Miller was asked if he had been delisted as a Judge Pro Tem.

“That was shocking to Mr. Schaefer and I,” Amador told ECM.

ECM contacted both the court and Miller for comment.

“I can confirm that he is no longer on the Pro Tem list,” said Karen Dalton, public affairs officer at the San Diego Superior Court. Dalton said she was unable to disclose why Miller was no longer on the list, nor what reasons would warrant removal of a Pro Tem judge from the list.

Miller advised ECM that he been on the list from 2008 until late April.  “I believe someone is playing gamesmanship with me in an election year,” he said.

Asked if he has been the subject of any complaints or disciplinary action as a Judge Pro Tem,  Miller replied, “No.”  He further defended his record:“I have never had a decision that I made as Pro Tem overturned on a de novo appeal.” 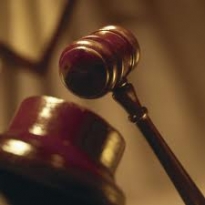 Then he blasted his opponent. “I am not happy with Mr. Amador’s gamesmanship or the reach of the D.A.’’s office onto our bench.”

Amador has spent 29 years as a prosecutor in the San Diego District Attorney’s office.   He disputed Miller’s assertion. “No one from the D.A.’s office had anything to do with the Superior Court,” he said, adding that his first inkling of Miller’s delisting came at the UT San Diego editorial board meeting. “As with ost things with Mr. Miller, when things don’t go his way, his response is to attack and blame rather than to accept responsibility.

In a judicial candidate forum last week hosted by Foothills Bar Association, Miller first raised allegations of political bias by suggesting that a “lacking qualifications” rating of his candidacy by the San Diego Bar Association reflected a bias toward “government lawyers.”

Both Amador Schaefer, have backgrounds as prosecutors with district attorneys’ offices.  Amador is a career prosecutor; Schaefer has worked both as a prosecutor and public defender.  Both received “well qualified” ratings.  Miller, by contrast, is an El Cajon attorney in private practice who has run a campaign centered around a need for judges with backgrounds in family and civil law.

Amador filed a lawsuit seeking to force Miller to remove key information from his ballot statement.   “Mr. Miller has tried to imply that he has a significant amount of judicial experience when he does not,” said Amador. “We did discovery and found that he has only been a Judge Pro Tem a total of 23 times…he hasn’t been an arbitrator for three years..”

Miller’s ballot statement lists him as an attorney and arbitrator. Amador sought to have the term arbitrator removed.  Amador also asked to have Miller’s experience as a Judge Pro Tem removed, but the Judge ruled that  Miller had a right to include both in his ballot statement.

“Mr. Amador committed perjury in his lawsuit against me,” Miller charged.

Amador denies that, adding, “The judge found he [Miller] made false and misleading statements .”  Indeed, the Judge ruled that Miller’s claim of 440,000 votes in 2010 was “misleading” because he apparently combined votes in the Primary and General elections.  In addition, Miller closed his statement by referring  “a judge from San Diego, for San Diego,” which the court required be changed to a “judicial candidate.”

Miller was also required to remove a claim that he was the “only candidate” qualified in every primary area of the law on grounds that it was prejudicial, since ballot statements are not supposed to make statements critical of opponents.

That hasn’t stopped Miller from criticizing his Republican opponent elsewhere. 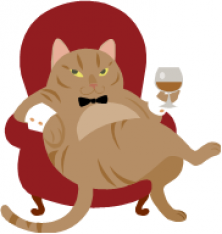 The election contest has turned, in a word, catty.

“Mr. Amador is not qualified to judge a cat show,” Miller sniped. “He is only qualified in one area of the law.”

Amador retorted, “Those are probably the kinds of cases that Mr. Miller handled as a pro tem.  I handled rape, robbery and murder cases.”  As for Miller’s catty comments, Amador adds, “Those are the types of injudicious comments that would lead tdo the lacking qualifications findings by the County Bar.”

Miller accused Amador of obtaining some endorsements under false pretenses.  “He told some who endorsed him that he was unopposed and was the only Republican in the race,” said Miller, who is also a Republican.  “That was as far back as October and November…long before the filing deadline."

Amador denies any impropriety, insisting Miller didn’t form a committee to raise money for his candidacy until mid-January, that it was uncertain initially how many seats would be open due to judicial retirements, and that in seeking endorsements from law enforcement groups, he stated that no known individuals were running.  “No one had filled out paperwork,” he added.

By December, Amador said he heard “rumors” that Miller would run but didn’t  have confirmation until the two contenders met at a Republican Central Committee meeting in December. “That was the only time he’s actually returned a handshake from me,” Amador noted.

As voters prepare to cast their judgments in the race with fur flying and mud slinging between two Republican contenders, Schaefer, a Democrat, has demonstrated his judicial decorum by remaining silent on aspersions cast by competitors toward each other.

For more information on all three candidates in this race, view our coverage of a judicial candidate forum sponsored by the Foothills Bar Association: http://eastcountymagazine.org/node/9781