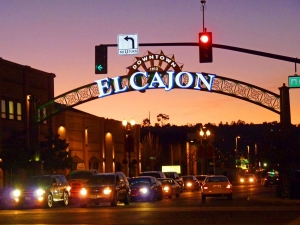 December 2, 2014 (El Cajon) – Nominations are now being accepted for El Cajon Citizen of the Year through December 19th. Do you know someone who has selflessly worked to better the El Cajon community?

The nominations deadline is December 19th at 4 p.m. Nominations should be turned in to the East County Chamber of Commerce office at 201 South Magnolia Avenue in El Cajon. E-mailed nominations will not be accepted.

The Selection Committee will meet on January 5, 2015 to vote for this year’s El Cajon Citizen of the Year.

A luncheon will be held at the Ronald Reagan Community Center in El Cajon on February 3, 2015 to honor this year’s Recipient.

Reservations may be made through the East County Chamber of Commerce at 619 440 6161.

For more information or an application, please contact Drum Macomber at 619 442 5313.