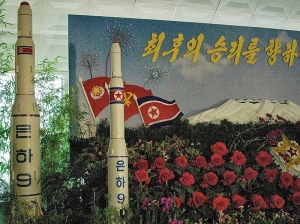 The minister’s comments came after Trump’s fiery rhetoric at the United Nations warning he would “totally destroy” North Korea and a second inflammatory Tweet sent on Sunday warning that Korean leader Kim Jong-un would ”not be around much longer” if he continues threatening to launch nuclear weapons at the United States.

The foreign minister, in a Saturday speech to the U.N., called Trump “mentally deranged” and said he is on a “suicide mission,” the BBC reports.

The U.N. recently imposed new sanctions on North Korea after the country has continued to carry out tests on missiles that may now be capable of reaching the U.S.