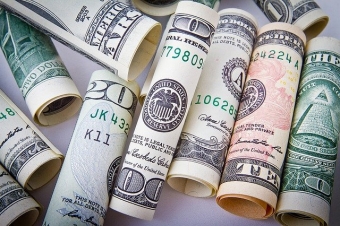 December 28, 2020 (Washington, D.C.) - Demands from progressive lawmakers and the public surged for Senate Majority Leader Mitch McConnell to urgently support and hold a vote on a bill that would boost coronavirus pandemic direct relief checks from $600 to $2,000 after at least two-thirds of Democrat-controlled House approved the legislation on Monday evening.

The measure passed the House by a bipartisan 275-134 vote but faces an uncertain future in the GOP-majority Senate, considering that McConnell (R-Ky.) refused to hold votes on previous House-approved Covid-19 bills for several months this year. The new bill to raise the direct payment amount comes after President Donald Trump belatedly signed a $900 billion relief package into law late Sunday, after criticizing the legislation and demanding $2,000 direct payments last week.

In a statement Monday, Senate Minority Leader Chuck Schumer (D-N.Y.) said that "following the strong bipartisan vote in the House, tomorrow I will move to pass the legislation in the Senate to quickly deliver Americans with $2,000 emergency checks."

"Every Senate Democrat is for this much-needed increase in emergency financial relief, which can be approved tomorrow if no Republican blocks it—there is no good reason for Senate Republicans to stand in the way," Schumer noted.

"There's strong support for these $2,000 emergency checks from every corner of the country," he added. "Leader McConnell ought to make sure Senate Republicans do not stand in the way of helping to meet the needs of American workers and families who are crying out for help."

Trump, in a statement announcing he would sign the $2.3 trillion package that includes $1.4 trillion to fund the government and $900 billion in Covid-19 relief, said that "the Senate will start the process for a vote that increases checks to $2,000, repeals Section 230, and starts an investigation into voter fraud."

The Hill reported that a Monday night statement from McConnell "made no mention of the legislative commitments referenced by Trump, and the GOP leader has not yet announced plans to bring up a proposal that would increase the amount of the direct payments."

Late Sunday, Sen. Bernie Sanders (I-Vt.)—who has been pushing for $2,000 relief checks since March—said that "Trump must get Mitch McConnell and his Republican friends in the Senate to pass legislation to provide $2,000 in direct payments to the working class."

Sen. Ed Markey (D-Mass.) announced on Twitter Monday that he will join Sanders "in blocking the defense bill until we get a vote on $2,000 in direct cash relief. That relief passed in the House today with 44 Republicans voting for it. Senate Republicans must do the same and get the American people the help they need."

Democrats in both chambers also took to Twitter, pushing Trump to increase pressure on the Senate GOP and calling on McConnell to back the bill and hold a vote.

Congresswoman Alexandria Ocasio-Cortez (D-N.Y.) emphasized that the House passage of the Caring for Americans with Supplemental Help (CASH) Act was a progressive victory, pointing out that "a few weeks ago, survival checks weren't even on the table."

"Then, progressive members came together and told leadership we would not vote for a bill that didn't include survival checks. Period," she added. "Today, we successfully voted to pass $2,000 survival checks in the House."

Regardless of the amount, the crooked politicians gave themselves a raise and handed out ridiculous amounts of money to foreign countries. They also gave money to the not so needy Kennedy Center and others which will be funneled back into their own pockets. Chuck Schumer is full of crap and most of us know it. Him and his partner in crime Pelosi would give us each 50$ if they could get away with it. The Democrats are corrupt, double dealing, scheming crooks and the American people are the last on their list time and again. Most of the Republicans are just as bad. AOC and her "squad" are so the most economically challenged of them all. Not to mention, reality challenged as well. Defund the police makes for a catchy, progressive slogan but is in fact an ignorant, irresponsible and criminally negligent act. The murder rates in cities that actually defunded the police are at terrifying, record breaking highs. Needless to say, the Progressives are beyond clueless. Top it off with election fraud so blatant, Helen Keller could see it and this country is barely hanging on by a thread. The Liberals pushing for Socialism need to go spend some time in Venezuela and get a taste of what is they claim to want. The spoiled, entitled and indoctrinated millennials that are so offended by a statue and believe white skin makes a person racist are a disgrace. They have no idea what is about to come their way if Biden steps in that White House. Donald Trump fought and is still fighting for their freedom. They deserve everything that a Communist controlled future brings. Unfortunately, those of us who aren't entitled brats have to suffer along with them. So, excuse me if $2000 doesn't make me smile. In fact, I would gladly forfeit my $2000 for an accurate, honest election result.