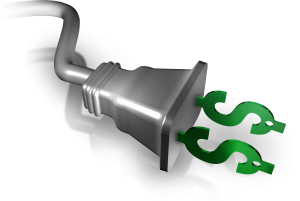 September 23, 2014 (Washington D.C.) – The Obama administration has taken steps to pull the plug on corporations moving their headquarters overseas to avoid paying taxes in the U.S.

This week, the Treasury Department issued new rules on corporate “inversions” that will restrict American multi-nationals ability to access money earned by their foreign subsidiaries unless they pay their taxes here. It also makes it harder for such moves to occur in the future, requiring that new multinationals that are American-based must own less than 80% of the new multinational. The deal is not retroactive, applying only to future cdases.

The move comes after several high profile companies, such as Burger King, took heat for shifting their operations abroad in order to dodge taxes.

A statement issued by the Treasury Department reads, “Companies are increasingly using the technique of inversion, whereby a U.S. based multinational restructures so that the U.S. parent is replaced by a foreign corporation, in order to avoid U.S. taxes. These transactions erode the U.S. tax base, unfairly placing a larger burden on all other taxpayers, including small businesses and hardworking Americans.”

President Obama says he has taken steps where he can to protect the “progress the American people have worked so hard to bring about” but added, “there’s no substitute for Congressional action.”

Congressman Sander Levin, a Democrat, has co-authored a bill that would further restrict this practice.  He chided his colleagues, stating, “The administration is taking important and necessary steps to stem the tide of inversions in the wake of Republicans’ refusal to act.”

But Michael Steel, spokesman for Speaker John Boehner, leader of the House Republicans, claimed companies are leaving the U.S. because of high tax rates.  He says, “The answer is to simplify and reform our broken tax code to bring jobs home.”