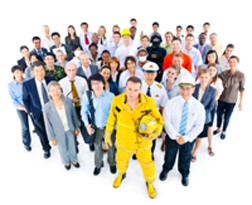 July 16, 2015 (Washington D.C.) – President Barack Obama has announced that the U.S. Department of Labor will propose extending overtime pay protections to nearly 5 million American workers, including over 400,000 Californians. This proposal would increase the current overtime protection threshold, guaranteeing overtime pay to most salaried workers earning less than $50,440 per year if they work more than 40 hours a week.

“This move by the Department of Labor will mean more income for hardworking families and the dignity of knowing that their work is valued,” said Rep. Davis, a senior member of the House Committee on Education and the Workforce. “We should build on this proposal and pass a minimum wage increase, equal pay protections, and paid family leave for workers.”

The plan has drawn opposition from prominent Republicans, who contend the measure would depress economic growth.  Senator Lamar Alexander (R-Tennessee), who chairs the Senate's labor panel, has derided the idea as designed "to make it as unappealing as possible" for companies to create jobs.

The salary threshold for overtime pay for American workers has been changed only twice in the last 40 years and now covers far fewer workers due to inflation.  Currently, only workers making less than $23,660 per year – a wage below the poverty threshold for a family of four – are guaranteed overtime pay.  This proposal updates the overtime rules to ensure that millions more Americans who work over 40 hours per week will receive the overtime pay they deserve.

Specifically, the proposed rule would than double the threshold at which employers can avoid paying overtime, from the current $455 a week to $970 a week by next year. That would mean salaried employees earning less than $50,440 a year would be assured overtime if they work more than 40 hours per week, up from the current $23,660 a year.

Beginning July 6, when the proposed rule appeared in the Federal Register, the American public has 60 days to submit comments on this rule.