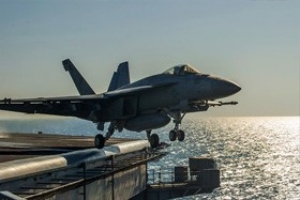 February 10, 2015 (Washington D.C.) – President Barack Obama is asking Congress to approve military force against the Islamic State terrorists, also known as ISIL or ISIS, over the next three years.

White House spokesman John Earnest has said that a show of support from Congress would be a “powerful symbol” and would send a message to the world showing that “the United States of America is united behind the strategy that the president has laid out to degrade and ultimately destroy ISIL.”

The president seeks Congressional approval for the three-year offensive against ISIL including limited ability to deploy ground troops, but the mission would prohibit “enduring offensive ground operations.”  It is unclear exactly where the distinction would be drawn.

Some Republicans have called for ground troops while Democrats have largely opposed boots on the ground.

Congressional leaders have indicated that both sides are close to agreement. Senate Minority Whip Dick Durbin says it “comes down to a phrase or two,” the Hill reports.  Senator Lindsey Graham has said he could “live with” the terminology banning enduring ground operations, while Senator John McCain says he finds the three-year time limit “agreeable.”

The President’s proposal places no limit on geography, since Islamic State militants are currently in at least eight countries.

Calls for action by the U.S. have increased in the wake of news Kayla Mueller, an American aide worker taken captive by ISIL, has died.  ISIL reportedly sent photos to Mueller’s parents but claim that she was killed in a Jordanian airstrike launched by Jordan in retaliation to video showing ISIL militants burning a Jordanian pilot alive.

President Obama issued a statement that “No matter how long it takes, the United States will find and bring to justice the terrorists who are responsible for Kayla’s captivity and death.”

What kind of parents would send their naive daughter to a war zone? The "We're going to save the world" idea reminds me of a popular religion.
Why there are dozens of senators ready to send their precious offspring to Syria to save humanity. I could name one or two, but ......just kidding.