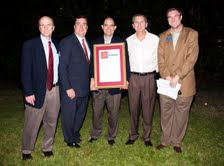 September 2, 2011 (San Diego) -- The Associated Builders and Contractors of San Diego marked the beginning of its 35th anniversary year with a celebration held at the private Emma Estate in Del Mar. ABCSD members, their guests, and numerous elected officials attended.

Thirty-five years ago, ABC San Diego became the first professional association for merit shop contractors. It has since grown to become one of the most influential voices in the building and contracting industry, establishing an award-winning apprenticeship training program and leading the passage of three initiatives in the cities of Chula Vista and Oceanside and in the County of San Diego prohibiting the use of project labor agreements (PLAs) on taxpayer-funded construction projects. 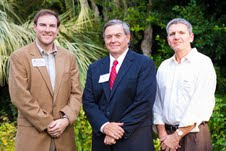