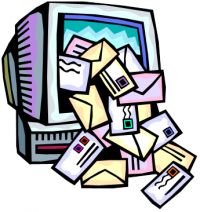 The County does not provide official websites or .gov email addresses for any community planning groups.  “In the past the County has been asked to set up one,” Travis Lyon, vice chair of the Alpine Community Planning Group told ECM.

The group has, in the past, set up two different websites run by private individuals.  The problem, according to Lyon, is that “We can’t figure out how to be under a group control; we asked one operator to make a change and he refused.”

On March 28, the ACPG voted to take down its planning group website.  “Bottom line, they want to hide their emails and actions from the public,” claims APCG member Lou Russo, who ran the site and has defiantly said he will keep it running.  E-mails sent to APCG members at addresses listed on the site resulted in some bouncing back.

The group has made some efforts to improve communications. After taking down the website, the ACPG voted to add e-mail address contact information for all members on every agenda, which can be accessed on the County’s website.  Hyperlinks are now included in agendas for the public to more easily access documents as well.

“I agree that all the business we do for the public should be open and available for review by the citizens,” APCG member Tom Myers told ECM.

But some believe these steps don’t go far enough.

The California Public Records Act, among other things, requires that  the public be able to inspect records during business hours.  Records in  15 different private email accounts for, say, the APCG members would not be centrally accessible at any time, let alone during specified business hours.

There is also the question of how fully members would comply if asked to turn over records in their private email accounts.  If e-mails were accidentally or intentionally deleted records, a computer crashed, a member moved away or died, records could go missing.

Russo tested the system by requesting  emails  including those sent through private e-mail accounts.  He asked to bring his own copying device to copy the records or alternatively, for the County to come up with alternatives means for him to get the records.  His request was denied by the County.

“It is my understanding you are asking individual members of the APG to give you documents they themselves have kept. There is no obligation for the County to make arrangements for you to obtain copies,” C. Ellen Pilsecker, Chief Deputy County Counsel, wrote in an April 18, 2013 e-mail to Russo.

But Lyon suggested the denial was because the request was not specific to public business, and maintains that a more narrowly crafted request would have produced records.

By a one-vote margin this week, the APCG voted to retain its communications subcommittee, which is charged with examining issues such as those raised above.

Oliver Smith, Chair of the Valley Center Planning Group, said his group also publishes e-mail addresses on its agendas for the public to reach their officials, though as chair he also maintains a “confidential’ list of emails and phones to quickly reach members if needed.

“I personally review my emails with the philosophy of could I tolerate them being published on the front page of the local paper,” says Smith, who says content crossing a professional line has been rare in his group, unlike the APGC where  members’  communications have often been heated on contentious issues and included personal attacks in the past.

VCPG members also rely on private email addresses and while records are considered disclosable if public business is discussed, Smith admits, “As for secret emails and emails that bend or break Brown Act, if somebody is determined to do it, they are the ones putting themselves at risk.”

There are exceptions to disclosure, such as protecting identity of a whistleblower in the public who contacts an official via email and medical information protected by HIPPPA privacy laws, to cite two examples.

Smith adds that his group has “watchdogs” who send warning emails to members if content or distribution may violate a rule.  “Sometimes it does feel a bit like a nanny state, but better to err on the cautious side,” he concludes.

Although the County has forced planners ‘ emails to be sent through private e-mails, raising potential access problems, the City of San Diego by contrast has been hailed by open government advocates for its transparency.

This sounds like it was written by Scott Tuchman.  Wasn't he the guy who was twice appointed to the planning group, used to curse a lot in the meetings and then resigned?

Funny Lou Russo should accuse the rest of the group of hiding their emails since he was the one who was responsible for creating two possible Brown Act violations which the county warned him about. In psychology you learn that there are people who will project onto others what they are actually doing. Mr Russo seems to claim a lot of people are hiding emails and being "sneaky" yet since he's been APPOINTED back onto the APG he's done nothing but make false accusations many of which were dropped by the county. He on the otherhand has received a letter regarding TWO possible Brown Act Violations. Maybe he should look into the mirror. He is embarrassing our community with his continuous "reality program" antics.