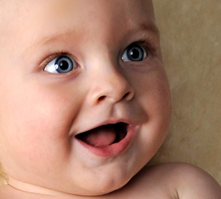 February 25, 2015 (San Diego’s East County) – It’s rare for a labor leader and a tax fighter to agree on most issues.  But AB 717, a bill to eliminate sales tax on diapers in California, has accomplished just that.

Local Democratic Assemblywoman Lorena Gonzalez, former leader of the Labor Council in San Diego, introduced the measure to save families up to $100 per child each year.  Republican Senator Joel Anderson of Alpine is a principal co-author of the measure, which enjoys bipartisan support.

The bill would add diapers to the list of necessities already exempted from state sales tax including food and prescriptions.

In addition to representing a financial challenge for many parents, lack of access to diapers can severely restrict childcare options, as nearly all child care providers require parents leave a supply of diapers with the facility.

The lack of child care access is often also a major barrier to employment for new parents, especially single mothers, says Gonzalez, a single mother who chairs the Assembly Select Committee on Women in the Workplace.

She adds, “There’s no question that diapers are an absolute health necessity for young children and it’s time that California’s tax code treat it that way. Besides keeping babies healthy, diapers need to be available to new parents to access child care for work. If we’re serious about getting parents back to work and providing them every opportunity to support their families, we have to ease their ability to purchase diapers.”

Senator Anderson issued a statement which reads, "I'm pleased to join Assemblywoman Gonzalez's thoughtful approach to meeting the needs of babies. All Californians deserve a bipartisan tax break, even if it's only one baby step at a time."

Six states already exempt diapers from their respective sales taxes. There are an estimated 1.27 million children in California under the age of two and a half whose families are expected to benefit if elimination of the diaper tax becomes law.