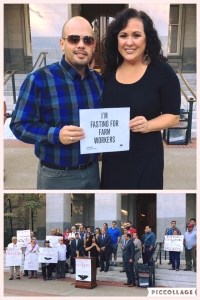 August 17, 2016 (San Diego) -- Throughout California yesterday, legislators and community leaders fasted in support of agricultural workers, who do not currently receive the same overtime benefits as non-agricultural workers despite the physically demanding nature of their job. This could change if South Bay Assemblymember Lorena Gonzalez’ Assembly Bill 1066 is passed and signed into law.

A rally was held on the steps of the Capitol in Sacramento featuring Gonzalez, andother officials.Local resident Tom Lemmon, founder and chair of the San Diego Building and Construction Trades Council AFL-CIO. Both participated in the fast and raised awareness via social media. 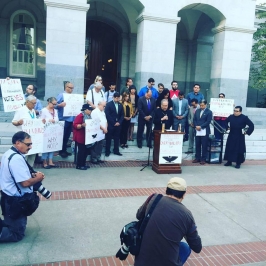 Rather than simply removing the exclusion of farmworkers from overtime protections immediately, the provision is phased in over six years to allow farms whom so choose to hire more workers. 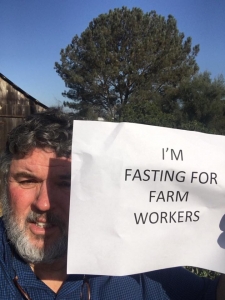 Beginning in 2019 agricultural work in excess of 9.5 hrs/day or 55 hrs/wk would require overtime. One year later in 2020, that would be changed to 9 hrs/day or 50 hrs/wk. In 2021, overtime pay would be required for those working 8.5 hrs/day or 45 hrs/week, and in 2020 the same 8-hour day and 40-hour week as employees in less physically demanding jobs would earn overtime pay.

Growers have argued that increasing pay would raise prices, however any increase in cost would be borne primarily by consumers outside of California.  According to the California Department of Food and Agriculture, over a third of the country’s vegetables and two thirds of the country’s fruits and nuts were grown in California. In 2014, 40% of California’s $51 billion in crops were exported to foreign countries.